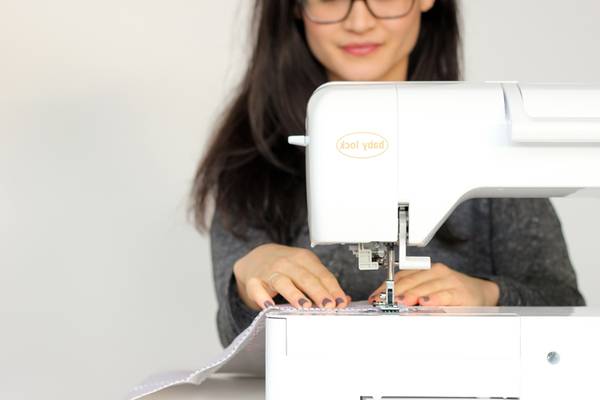 Are Brother and Babylock the Same? (Comparison and Review)

You need a scorecard to keep track of all the players in the sewing industry. While you may think there are a lot of independent sewing machine manufacturers making unique sewing machines, that is not the case.

Are Brother and Babylock the same? It can be said that the two companies are not the same. They have different histories and different locations for their head offices. What makes people think they are the same company is that Babylock has many of its sewing machine models made in Brother’s Japanese factories.

To learn more about the Brother and Babylock connection just continue to read our review. It delves into the history of both companies to get you the true story. All you need to do is continue reading for a few minutes to get the complete story.

Are Brother and Babylock the Same Company?

There is nothing in the history of either company, at the time of this writing, that shows the two companies merged. What is known is that Babylock has its machines manufactured at the Brother factories in Japan but that production follows Babylock’s specifications, not Brother’s.

Thus you may see the exterior of both machines and think they are the same models but in reality, they are not. The interior mechanisms are not the same and one has Babylock’s quality control while the other has Brother’s. 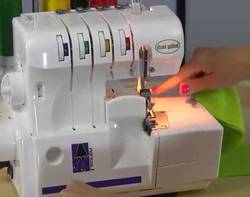 Then it has been said that Babylock still manufactures its overlock machines leaving the lower end of their product lines to brother to manufacture for them. Another difference is that Disney has licensed Brother to produce some of its embroidery designs in their sewing machines. 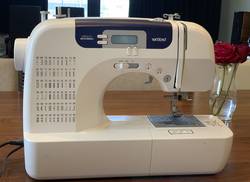 In short, yes they do. Many Babylock sewing machines are made in the Brother Japanese factories. There are some models of sewing machines that Babylock has decided to continue to produce themselves.

The machines that Brother makes for Babylock can be considered clones as there are few differences between the two brands. It is argued that Brother only makes the low-end Babylock machines but according to Babylock’s quality control requirements.

What that means is that while the two machines may share the same parts, the ones that are made for Babylock must meet that company’s standards and not the standards that brother has created for their machines.

Brother has no say over the design or the quality of the sewing machines they make for Babylock. Although that may be questioned as some retailers and repairmen have said the two machines are exact clones of each other.

The Babylock sewing machine company is owned by the Tacony Corporation. The company was founded in 1946 in the basement of the home of Nick Tacony. It wasn’t until the 1950s that he was able to expand his business and sell parts and accessories for his machines.

Over the years Babylock was able to buy out key competitors that helped them get access to better distribution centers while increasing their customer base. The son of Nick Tacony took over the reigns of the company in 1984.

One of his better decisions was to move the manufacturing of their vacuum lines back to America from Taiwan. It must have been an economic decision to partner with Brother when he agreed to have that company produce their lower end sewing machines.

Another point in the favor of Babylock is that it is still headquartered in Missouri. In 2003, the company bought Nancy’s Notions which was a sewing machine accessory company started by Nancy Zieman. 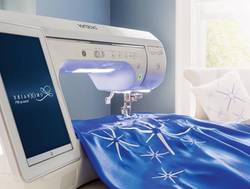 The Brother corporation was started in 1908 by Kanekichi Yasui who originally named it the Yasui sewing machine company. It wasn’t until 1934 when the company incorporated and changed its name to Brother.

It has not been said exactly when Brother started to make sewing machines for Babylock, but except for the Disney and Nancy Zieman difference in their embroidery machines, the two units are exactly the same.

Some of the machines that Brother makes are a little different and have separate features from the Babylock models it produces but that slight difference comes by Babylock making sure Brother follows their requirements and not Brother’s.

Experienced sewers have said that the Babylock serger is a better quality sewing machine than the models produced by Brother and the price for the former seems to indicate that difference.

Which one you find to be better will be up to you and your sewing hobby. No two sewing machines are exactly alike and you may end up buying a great brother sewing machine that outperforms the best Babylock has for sale.

Of course, the opposite is true as well. The better machine category depends on the user and their experience.

One of the differences between these two machines is the Disney designs and the Nancy Zieman designs. If you have a Disney hater in the house you may be influenced to buy the Solaris rather than the Luminaire.

The Luminaire model seems to have a better border function than the Solaris and it is one of the reasons why some sewers pick that machine over the Solaris. Yet others like the IQ designer, the camera, scanner, and projector features on the Solaris and would not part with those just to own a Luminaires.

Each machine has little perks and does a fine job on your sewing projects. Both are well made and seem to be very durable. Which one you buy may boil down to if you want a Japanese Brother sewing machine or an American made Babylock.

Well, in theory, the Babylocks are American made. Their head office is in America. Also, as one sewer found out, having Disney products in the home can cause some people to get upset so she bought the Solaris to keep the peace. 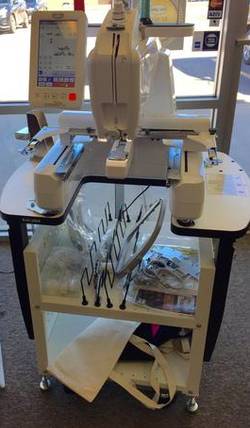 With a glance, it looks like the only difference between the two machines is the color. The persona comes with a blue color highlight while the Babylock Alliance is all white.

One of the features that we saw on the Alliance was not found on the Polaris. That was the USB port which allows you to import the designs you want into the computer. The keypad and digital display screen look the same and are in the same place.

Also, the Alliance seems to have more features than the persona. With 25 fonts to 20 for the Persona, the Alliance wins that head to head match up. The two machines are tied with the 1000 SPM speed. Both machines work fast to help you get your projects done on time.

The persona wins the built-in design competition by having 405 top the Alliance’s 125. Then the persona seems to be able able to work with 5 different hoop sizes reaching the 8 by 8-inch size. This is something that the Alliance can do as well.

All in all both machines have the specialties that help separate them from each other. You may have to take both for a test drive to see which one is the better of the two.

Is Babylock Better than Brother? 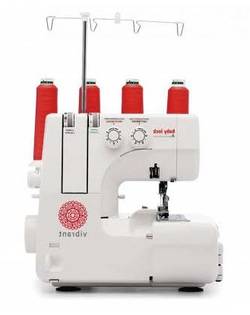 This is going to be a matter of opinion. Since Babylock focuses more on the higher end of the spending market it may seem that their price may be an indicator that their sewing machines are of better quality.

In some cases that may be true. But brother still puts out some good quality machines that have lasted their owners for years. Durability is one of the criteria in determining which one is better over the other. In some cases, the Babylock brand will win and in other cases, the Brother will.

What helps make Babylock better than the Brother is that while they have contracted with the latter to make their machines, they still keep to their own standards. It has been reported that Babylock tests every sewing machine Brother produce for them at the Brother factory before sending them out to the dealers.

That is hard to prove at this point but it does show Babylock’s commitment to quality. It also says that Babylock’s standards seem to be higher than Brother’s. These are just some of the reasons why Babylock is considered as being a better brand than Brother.

Of course, Brother’s target ownership is more on the affordable side of the market thus they may sacrifice quality to make sure their machines are inexpensive and easy to purchase.

In the end, the real winner of this head to head competition will be determined by you. Your experience, ease of use, and soon will be the deciding factors.

Where to Buy Brother and Babylock Sewing Machines 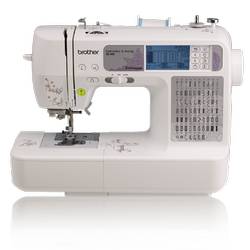 If you want convenience then Brother may win that competition as Babylock does not seem to have the availability that brother seems to enjoy. Babylock seems to prefer selling their machines through authorized dealers.

On the other hand, Brother employs a wide range of outlets Like Amazon, Walmart, and other stores to sell its lower end sewing machines. You should be able to find them just about anywhere sewing machines are sold.

That ease of shopping may be the difference and why so many people buy the Brother over the Babylock. Even Joann’s sells brother and not the Babylock sewing machine.

Despite the difference in history Babylock sewing machine company and brother have a lot in common. Their sewing machines are made by the latter company up to a certain point. If you like the Babylock brand but want something different than a Brother sewing machine you may be out of luck.

At least on the lower end of the scale. While Babylock maintains its own standards for Brother to meet, many of the machines the company produces are exact matches. To get a true Babylock machine you may have to pay more and go to the high end of the spending market.

All in all, while both companies produce good machines, the edge in the better than competition would probably tilt towards Babylock. The reason for that is that Babylock does not lose control over how their machines are produced.

That is an important factor when it comes to judging which machine is better. Your experience may say otherwise and that is okay. There is no one size fits all sewing machine.