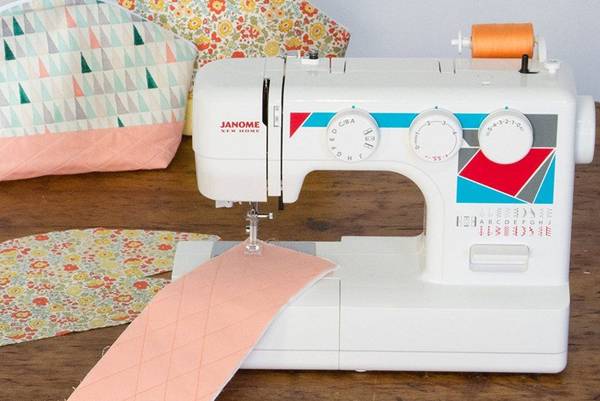 Are Janome and Elna the Same Company? (Janome vs Elna)

There was a time when there were a plethora of sewing machine manufacturers. Just about every nation had its own sewing machine company. Then time and troubles took over and only the good, the strong and the best made it to the top and survived.

Are Janome and Elna the same company? This is one of the aspects of the sewing machine industry. There were once many players in the game. As time goes on the better corporations slowly bought out the rest without changing the names of those companies that were sold. Nowadays, Janome and Elna are the same company, they just didn’t start that way.

To learn more about the Janome and Elna connection just continue to read our article. It is filled with the facts so you get the straight story on the Janome and Elna relationship. It will only take a few minutes of your time to get up to speed on the situation.

Are Janome and Elna the Same? 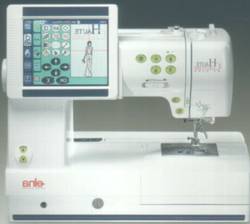 Initially, they were not the same company. Elna was started by a Spanish engineer in the early 1930s. It took a while for him to get his new machine to the market and in 1935 began to sell his first machines.

The name Elna came from the first and last two letters of the company name Electrina. Because of the Spanish civil war, the engineer and his partners formed the company in Monaco.

Janome, on the other hand, was formed in Japan by Yosaku Ose whose metal bobbin innovation replaced the shuttle in his machines. His machines became so popular that the company was able to buy up different competitors over time.

One of those competitors was New Home, an American company that had been in operation for almost 100 years. Janome and Elna did not start to work together until the new millennium 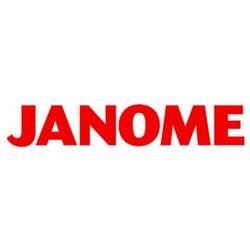 Eventually, the bigger Japanese company bought out the smaller European sewing machine company but that was a long time after both had been brought into existence.

They remained competitors until about 2004 when the two companies decided to pool resources and work together. It was at this time Janome started to think about buying the company outright.

That purchase did not take place till 2006 when Janome bought controlling shares in the company. It seems like a good fit as Elna had maintained an impeccable reputation for quality and customer service.

Plus, it had offices in the European market along with a top-notch international distribution system. The design wing of Elna is still located in Switzerland but most of the manufacturing of its machines takes place in Thailand, Japan, and Taiwan.

The last word is that Janome still owns Elna and seems to have no plans to sell that division of its global corporate structure. 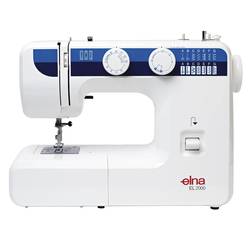 This partnership began before Janome bought Elna in 2006. For some reason, Elna thought it would be a good idea for the Japanese company to make its sewing machines. They worked out a deal in 2004 and Janome began to make Elan sewing machines at that time.

When the buyout came two years later, Janome began making all of Elna’s models of sewing machines. They just moved the manufacturing to Asian countries where the costs of production were a lot lower.

Elna brand name is still seen but it is not made by the original company anymore. The reason for Janome’s purchase of Elna may be because the former company wanted access to European technology and other upgrades.

They may also have wanted to make higher-end sewing machines without ruining the reputation of their products. It is hard to say as no one really records the reasons behind the merger.

Are Elna Sewing Machines Still Made?

According to their website, Elna sewing machines are still made today. At least the sewing machines produced for that part of the market carry the Elna badge. But since 2004 all Elna machines have been made by Janome.

In a good business move, the owners of Janome kept the Swiss design operation intact and in Europe. That has helped them produce top models while taking advantage of the Elna reputation for top customer service.

The company still produces different Elna sewing machines including their famous Lotus line. There are two versions of that model. Both styles come with a lot of good sewing features that make them an excellent addition to any home.

Is Elna a Good Sewing Machine? 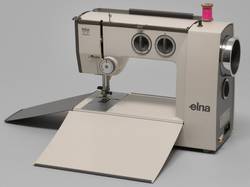 The Elna sewing machine lines come with a lot of praise from the many people who examine different sewing machines for quality, workmanship, features, and so on. The word is that the quality of the machine today is still like it was when it was first produced in the 1940s.

The Elna Lotus series has been in production now for over 50 years. That tells you something about the quality of machine Elna produced and that Janome has continued.

The Elna sewing machines are generally made from aluminum making them more durable than the competitor’s who make their sewing machines out of plastic. The original machines were made out of metal, most likely steel, which had them last for generations.

There is nothing but high praise for the ease of threading, tension, speed. So if the people that use this machine are to be believed then Elna is a good machine to use. 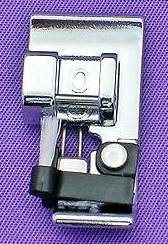 This will depend on the model of Elna you own. The late-model varieties made in the orient do or can use Janome feet. With the low end of the scale Elnas, the ones with the front-loading bobbin, you would have to find other feet than the Janome brand to buy. Janome’s will not fit these sewing machines.

Also, if any Elna’s are still made in Europe, then Janome feet will not fit these sewing machines. It is going to be anyone’s guess as to why this is so as it would make more sense to have the LEnas more flexible and designed to use Janome presser feet.

For some reason, Janome doesn't make the presser feet that match up with their own lower-end models of sewing machines either. To get a replacement you have to look for presser feet in the general category.

For Elnas and Janome’s that use the 7mm and the 9mm stitch, those are the only ones that use Janome presser feet. 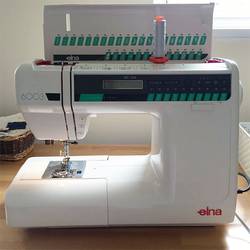 There really is little to compare after 2004. The Elna machines were made by Janome so they are basically Janome machines in the Elna suit of clothes. In other words, there are a few differences between the machines.

It has been said that Janome is taking advantage of the Elna reputation, customer loyalty, and other fine elements that came from their purchase of that company. The sewing machines are identical and may come with the same ailments that plague the Janome sewing machines.

There are some design flaws in the now Janome made Elna models and those flaws have caused a lot of problems for those Elna sewing machine owners who did not know they were getting a Japanese sewing machine.

If you are looking for European quality in your new Elna you can toss that dream out the window. As stated earlier, the machines are not made in Europe anymore. 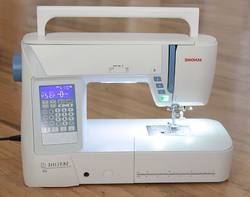 If you are going to compare the post-2000 Elna’s with the post-2000 Janome sewing machines then you are just wasting your time. The two companies' machines are basically identical due to Janome's partnership in the early 2000s that had that company make all of Elna’s machines.

You have to go pre-2000 and all the way back to the 1940s when the Elnas first came out to find any real differences between the two companies sewing machine products.

Elna’s were made of metal back then and their sewing machines had durability that only Bernina could have matched. That is because both brands were made in Switzerland and had Swiss technology and design working for them.

The vintage Elnas were easy to thread, had impeccable tension, as well as a lot of speed and power. On top of that, the early Elna’s were made so that even a beginner could use them right away.

Finally, the Elnas could basically sew through anything, a feature that would have you buy different Janome sewing machines to match the one Elna. 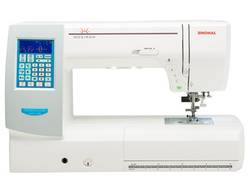 Even though they are both made by the same company these two models do have a few differences to them. The Janome 8200 comes with 170 different stitches and 10 buttonholes while the Elna 730 only has 120 and 7 respectively.

Both machines are built on the 8200 platform and in Taiwan. The other difference is that the 730 has some Swiss design added to it. You are going to get the same basic performance out of both machines with the 8200 topping the 730 because of the added features. 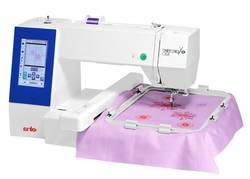 While there are minor differences between these two machine models, you are basically getting the same machine. They are both built on the Janome 550e platform with the 830 receiving some Swiss design influence.

Both are made in Taiwan and use the same style of needles and so on. Also, the two machines are the same size and weight. Unlike the previous two models, the LED screens are located at the front back of the machine in the same place.

The only real difference between the two is that the badge name is different. One carries the Janome brand name while the other carries the Elna brand. 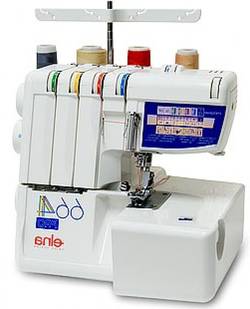 One of the differences between the two different models is that the second one, the Elna, will cost more than the first one, Janome. The Janome Serger has 1300 spm speed as does the Elna 664 pro.

The latter machine can use 2, 3, and 4 different threads with the Janome using 3 and 4. Some of the drawbacks to the Elna serger is that it cannot create a 5 stitch cover stitch as other sergers can. Also, there is no free arm or light that is part of the accessory package.

Then there are no DVD instruction videos provided for the Elna. In the accessory description for the Janome serger, there is no mention of any of those items either. Although it does have a retractable upper knife and easy to follow color thread coding.

Thread color coding is found on the Elna as well. To say that these two machines are different may be a stretch.

If you want to get a real Elna sewing machine, you have to start looking for vintage models. All you are getting if you buy an Elna today is a Janome sewing machine with a different label. You may be lucky to get an Elna that still has some Swiss design influence.

The better machine is the vintage Elnas that were made between 1940 and 2000. After that, you are taking your chances and paying more for a cheaper product. As you can see, Janome is making the same sewing machines and only changing the labels.