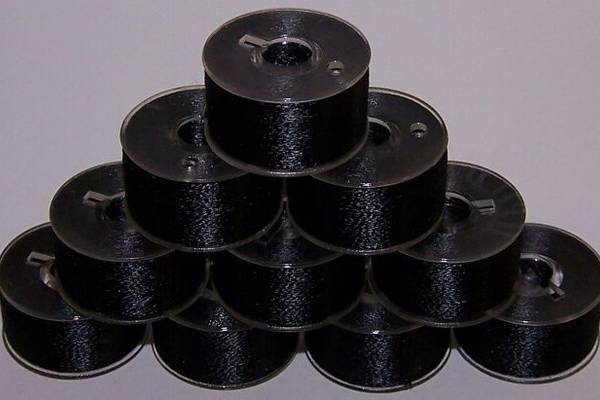 Like sewing machines, bobbins are not all the same. When you need to buy a new bobbin don’t just take any generic brand on the shelf. They may not work for your machine. The assumption is not a good guide when it comes to expensive sewing machines.

If you cannot find a Brother SA 156 bobbin near you, one option is to use a class 14 bobbin. The only problem is that not all class 15 bobbins are the same. Some are rounder and do not have a flat top. Janome 200122005 is also good to use.

To learn more about an equivalent or compatible replacement bobbin for your Brother sewing machine just continue to read our article. It has the information you need to find the right bobbin to help you out.

What Class/Size are SA156 Bobbins? 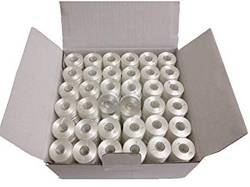 To find a good compatible bobbin to replace your brother SA 156 you need to look at class size. The one that works for a Brother sewing machine, in some cases, would be the Class 15.

But as we mentioned above, Class 15 is not a one size fit all bobbin. You may find that the Singer class 15 S will not fit most sewing machines including a Brother. If you want one that does you should look for Class 15 156.

The other thing you should watch out for is that brother sewing machines do not all take the same bobbin. There are at least 2 varieties and they are not interchangeable. Unfortunately, they look the same so telling the difference may not be that easy. 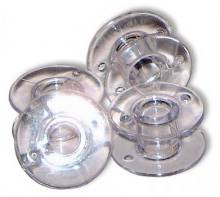 For the most part yes they are. But like sewing machines, bobbins are not all made the same. Even if you have the same series of a sewing machine as someone else, there will still be some differences to each machine.

Bobbins are the same way. Even though they may seem to be compatible, not all Class 15 bobbins will work in a SA 156 bobbin slot. Some sewers have learned this by trial and error.

Especially when they have bought generic brands. For them, about half the bobbins in their pack did not fit their Brother sewing machine. The best advice anyone can give is to look in your owner’s manual and follow the recommendations the manufacturer provides.

What Size is a Class 15 Bobbin? 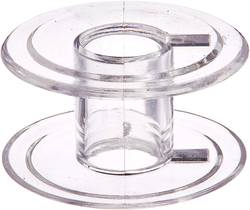 With over 60 different styles of bobbins out there, it is easy to see why some people get confused and pick up the wrong model. Also, while many of those 60 different bobbins have a different look, many look almost the same and any differences are very subtle.

The Class 15 is also known as the A style. Its overall size is about 20.3 mm or the size of an American nickel. Its depth is about 11.7 mm and comes with 2 flat sides. Also, this bobbin model can be found made in plastic or metal.

Then this class of bobbin holds a variety of threads helping you to do the sewing you need to be done. 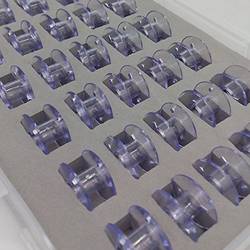 One of the biggest advantages the SA 156 bobbin has over the Class 15 bobbin is that it is specifically made to work in a variety of Brother sewing machines. While the two bobbins are the same class, Brother has confirmed this, not all Class 15 bobbins will fit in your bobbin area if it is different from the SA 156.

Some places, like Joann’s, may sell you clear plastic bobbins that measure 11.5 mm in size. That is close to the 11.7 mm size the brother machine needs. You just have to be careful before you buy as the smaller size may not work. 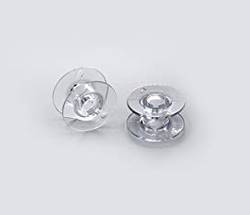 Joann’s does sell a clear plastic SA 156 bobbin for a Brother sewing machine. It measures about 11.5 mm in size or 7/16 of an inch. It will be the size of a nickel and has a security notch for better winding.

The package says Brother on it and there should be 10 bobbins inside ready to work with you on your next sewing project. If you have a Joann’s near you then finding a replacement bobbin for your Brother sewing machine is not going to be difficult.

If there isn’t a Joann’s near you, you should be able to find a supply of SA156 bobbins at one of their many competitors. 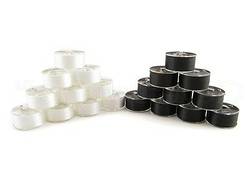 As we have stated throughout this article, you can’t assume and just pick up any replacement bobbin. Even though they may look the same, there are vital differences that will cause the replacement to malfunction in your machine.

The best thing to do is look in your owner’s manual and see if Brother recommends any compatible replacements. If not then you should stick with the Brother SA 156 bobbin.

Bobbins play an important role in sewing. If you get the wrong one, you will have to stop your project and spend more time and money searching out the right part or a compatible replacement.

With the Brother SA 156 bobbin, you do not have many choices to pick from. Even though there are a lot of bobbins on the market, most won’t replace the SA 156. Don’t rely on the assumption, check your owner’s manual first to make sure you get the right bobbin for your sewing machine.

Needle Keeps Falling Out of Sewing Machine (How To Fix)