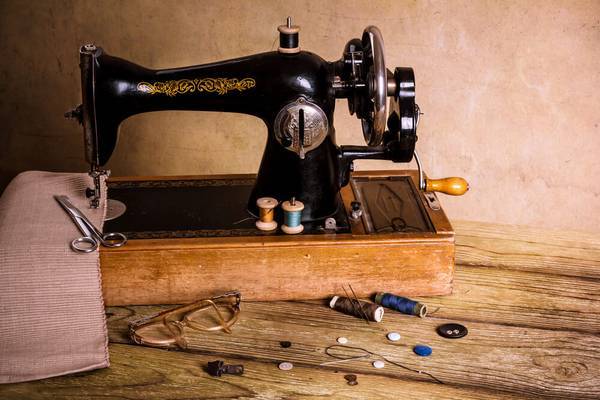 You may need an ultimate guide to figure out who made what sewing machine and when. The sewing machine industry has changed a lot over the years since the machine was first invented and you need a scorecard to keep track of all the players in the sewing machine game.

What is a Dressmaker Sewing Machine

One of the features that made the Dressmaker stand out is that it was usually made from all metal. Its parts were hard to wear out and brake thus the machine lasted its owners for a long time.

Some older models used an outside cam to help you get more decorative stitches onto your clothing item. That was another feature that helped Dressmaker to be bought by many women. It seemed to have a lot of different stitch patterns you could use, more than most machines at the time.

Different models were produced which had different features attached to them. The Dressmaker 300Z looks a lot like the Singer 513 and it is possible that Singer copied their own brands and made clones under different brand names to make sure their share of the sewing machine market remained high.

It seems to be a good machine but be careful about paying a too high used price. The dressmaker was not an expensive machine to begin with and you should be able to get a used for around $20.

Who Made Dressmaker Sewing Machines 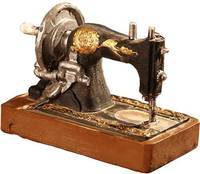 This is a mystery that is quite difficult to unravel. That is because no one is taking credit for producing the Dressmaker brand sewing machine. It is said that Singer made it through the 50s to the end of the 70s but that may not be quite true.

A brief look at an article about Singer and there is no mention of them producing that machine even though several Dressmaker models resemble Singer top sewing machines. Also, the word is out that Dressmaker was a Japanese knock off.

This is quite possible as there were about 5000 different Japanese brands, many with American sounding names, on the market throughout the late 20th century, after the second world war.

Prior to that time, Singer had factories around the world and it is possible that they did make the Japanese version in one of those factories. There is supposed to be a Canadian model as well. Finally, someone has claimed that they have a White Dressmaker but again, there is nothing to support that confession either. 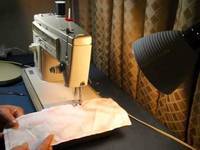 There are a wide range of Dressmaker sewing machine models on the market. They range in price from $15 to $300 and it is possible to get a battery operate done if you like to live off the grid.

Each model had its own special features and while some looked the same, they did not have all the same features on them. Some had the sliding lever missing but had a silver button for a back stitch and cams for the zigzag and other decorative stitches women like to use.

The best feature about the early models is that they were a bit heavy. That weight let you know that the machine was built with all metal parts and it should last you a long time. You can still get the owner’s manuals for the different models if you know where to look. 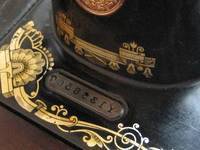 These come in handy when you need to find replacement parts for your Dressmaker sewing machine. One serial number is 539005123 and that should help you locate the parts you need.

One place to look would be at the following link. If you know your model and serial number, it can be very helpful in tracking down the parts you need. With that said, it’s not usually the serial number that will help you out. It may get you the model number if you do not know what it is.

What is important to know is the model number. Usually, people mistake the model and serial numbers and think they are interchangeable but both numbers have their specific purposes and those are not the same.

Also, you need to make sure that the Dressmaker you have is not a Japanese clone. That may mess up your search for replacement parts.

Fortunately, finding parts for your Dressmaker is not a mystery like its manufacturer is. There are a lot of places available where you can find spare parts with ease.

Some of the usual suspects are eBay, Amazon and other international marketplaces like those two companies. There are specialty companies that deal with sewing machine parts only. They are exclusive in their product line but not in their prices.

One company is at this link, another is found by clicking this link, the latter company has over 60,000 parts in its inventory so chances are high you will find what you need.

Then if you want, you can join the different sewing forums and ask their members where they find their spare parts and at what cost. Word of mouth is usually the best way to find the right company to deal with.

Or you can check with your local fabric stores and see who they recommend. They usually have such information on hand and love to help out fellow sewing lovers when they need a hand in getting a hard to get sewing machine part.

How Much is a Dressmaker Sewing Machine Worth

One person was offered a used Dressmaker sewing machine for $140. That is a high price especially when most used models are running around $20. If it is a good machine and still in top shape, you can expect to pay around $100 to $110.

Anything higher than that and you would be overpaying. New dressmaker sewing machines rarely go over $300 but if it is a plastic filled machine, then its resell value will not be that high. All metal machines command a higher price than plastic parts do.

The best place to find a used Dressmaker sewing machine would be at used furniture stores, thrift stores and similar businesses.

What to Look for When Buying an Older Sewing Machine

Here are some tips to help guide you when you are looking at buying an older used Dressmaker sewing machine. These tips will help you find what to look for as you examine the machine to see if it is worth the price it is offered at:

Despite the big mystery as to who made the Dressmaker sewing machine, it seems to be a good machine to use. The key is not always who made it but how well the sewing machine was put together.

If the Dressmaker was put together well and has all metal parts, then you know you have a machine that is worth the price you are about to pay for it. But be careful as some people place too much value on the machine and over price it.

You won’t go wrong if you use a dressmaker sewing machine. It will make its sewing contribution like all the other brand names out there.