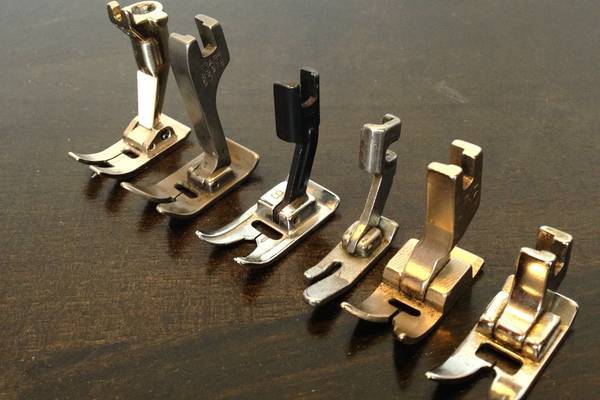 How do I Know if my Sewing Machine is Low Shank or High Shank?

Two becomes one. That is what you hope when you try to attach your presser foot to the shank. Unfortunately, presser feet are not all made the same. Nor are the different shanks that come with your sewing machine. One size does not fit all in the sewing world.

To learn more about the highs and lows of the swing world just continue to read our article. It explores the world of shanks and presser feet to make sure you know how to operate your sewing machine correctly.

What is a Low Shank Sewing Machine?

The low shank sewing machine is basically the domestic brands you buy in the different stores. There is not much variety among your choices and it usually won’t matter which department store, etc., machine you buy. Generally, they are all low shank machines.

Now some people may not agree with the 3/4 inch measurement listed above but that is okay. Sewing machine manufacturers make design changes all the time. The rule of thumb is if your shank measures 3/4 of an inch or below, then it is definitely a low shank machine.

High shank machines always have their shanks measure 1” or more. Now if you want a high shank machine, then you may have to cough up some extra dollars as generally, those machines are the top of the line types.

They are the fancy machines or the expensive embroidery models. Plus, they are usually the industrial machines designed for heavy use. There may be exceptions to this rule but as a whole, your sewing machine should follow the above rule.

What is a Low Shank Adapter? 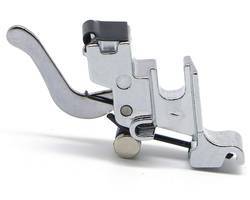 The low shank adapter is a piece of metal that allows you to turn a high shank sewing machine into a low shank model. It also allows different brands to be able to use different presser feet.

There are two types of presser feet and this information is important because you may need to use the adapter to fit the presser feet onto your machine. One style is the snap-on presser foot and the other is the screw in version.

You will need an adapter for the Husqvarna Viking machines as they do not accommodate the snap-on style. Also, certain Bernina sewing machines will require an adapter if you want to use the presser foot from other machines.

The unique thing about Bernina machines is that they have developed their own shank and presser foot system which no one else uses. Their clip-on system is theirs and theirs alone.

That means that when you want to use a universal presser foot, you have to purchase the Bernina adapter and that part number may be 77. Pfaff also uses a different system, but it is a snap-on variety which just doesn’t line up with the other snap-on adapters.

You can use a low shank snap-on universal adapter with Pfaff. Once you put that on, you can use just about any low shank presser foot.

This would be like comparing apples to oranges. As the machines that use the high shank system are in a league of their own. If they are not industrial models then, they are usually very high-end machines or embroidery sewing machines that cost you a lot of money.

Then to throw a wrench into this discussion, Singer used to make a slanted shank for some of their machines but those have been out of production for about 40 years, give or take a couple of years.

You really can’t say which is better as the household sewing machines come with a lot of sewing options that make them a very good machine to use. Plus, their purpose is not for producing a lot of clothing.

As you already know industrial and high-end embroidery machines are built differently and have different capabilities. The fabric that runs through them is often different from what you use at home.

So you really can’t compare the two unless the high shank option is placed on low-end household sewing machines. 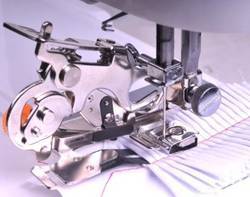 The Bernina sewing machines are in a class all by themselves. Out of 4 low or high shank options, Bernina is number 5. That is because the company has decided to go its own way and make a shank that is specific for their machines alone.

Now this doesn’t mean you cannot use an adapter and place a universal presser foot on a Bernina machine. You just have to use the Bernina adapter to accomplish that task.

Basically, you have to deal with Bernina sewing machines on a case by case basis. They will not fit the mold no matter which one you try to fit their sewing machines into.

Certain models of Brother’s sewing machines use the high shank system. But as explained earlier, these models are the high-end embroidery style and industrial types.

One thing about this company is that they usually include a low shank adapter with their high shank machines because the included side cutter and walking foot were designed for low shank use.

The best way to tell is to check the owner’s manual before you buy or ask to measure the shank. Most low-end sewing machines are generally all low shank sewing machines.

But Husqvarna throws a curveball in here. Not only do they make high and low shank machines, but they also make a slant shank. Not just in one or two machines. Their high and slant styled sewing machines have over 10 models each.

If you want to see all the models that go under all three styles of shanks, then just click here. 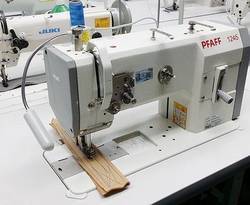 There seems to be a new classification just for Pfaff as well. Some experts have declined to call it a low shank sewing machine and have referred to their shanks as medium. They are supposedly neither high nor low shank.

But others say that Pfaff is a low shank option and you would have to use the universal Pfaff shank adapter to be able to use a universal presser feet. In this case you may have to check the Pfaff owner’s manual to get the right measurement on your Pfaff machine. 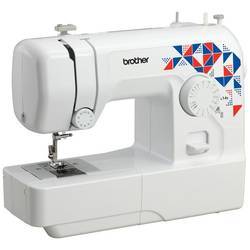 Basically, all low-end household sewing machines are low shank. That would include the Brothers brand of sewing machines. They do have some high shank lines out there but again, you would have to be doing some pretty complicated stitching or embroidery to come in contact with those models.

While Brother makes a good machine, the industry tends to play follow the leader and most machines are equipped to handle adapters if they don’t use low shank devices. They will follow the industry leader and make their machines compatible with other brands in order to keep their market share. 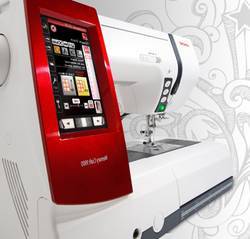 Janome is like their competition. They reserve the high shank design for their high-end embroidery machines that can do a lot of difficult sewing work. They have a lot of MC series models with the high shank.

Is Juki a Low Shank Machine? 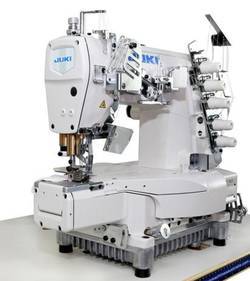 We did not expect Juki to be any different from the rest of the sewing machine manufacturers. We were right to make that conclusion. The Juki TL98 is an industrial machine that is high shank.

The company also makes low shank machines for the homemaker who likes to sew their own clothes instead of paying high fashion prices. You will just need to check the specs on each model you are interested in making sure you are getting a low shank over a high shank machine. 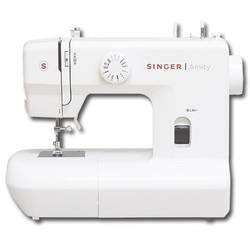 In the 1960s and 1970s Singer tried to be different. They decided to put a 1 1/8 inch shank on their machine then slant it. If it wasn’t for the slant then Singer may have been categorized as a high shank sewing machine.

Singer also makes a wide variety of low shank presser feet and snap-on styles that go with low shanks. This would indicate that the company makes both shank versions and puts them in their different machines.

Depending on the year and the model you may get a high, low or even a slanted shank sewing machine that was made by Singer. Sewing machine technology changes as does the prevailing sewing machine design thought so you never know when a change will be made to the type of shank that is placed on different sewing machines. 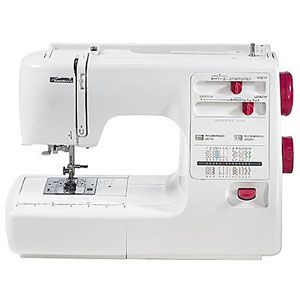 With Kenmore sewing machines will provide you with a variety of shank styles. First, they have 2 styles of the low shank system. One is the front-loading low shank, and the other is a top-loading design.

There is also a high shank line of sewing machines available. But what makes Kenmore stand out is that they offer a super high shank option. These really high shanks may be limited to their older sewing machines but they still exist and you would need to get parts for it if you own one.

Other companies have adapted their low shank rulers to allow you to continue using them when you are operating a high shank sewing machine. You may have your own preference on this issue but you should be careful which ruler you use with your sewing machine.

Bernina is, as usual, very different. It is possible to use a medium ruler with the Bernina 7 and 8 sewing machines but you have to do some manipulating to get that to work. In spite of that, the company has developed their own ruler which are made specifically for their 7 and 8 and possibly their other machines.

While low shank sewing machines are the most common ones on the market today, you can get high shank models. But these are usually on the industrial sewing machines or the very expensive embroidery models.

Basically, all sewing machine companies make high and low shank styles. You just have to be careful and not get caught by a curveball and buy a machine that has a super high or slanted shank. Those models may be hard to get replacement parts for.