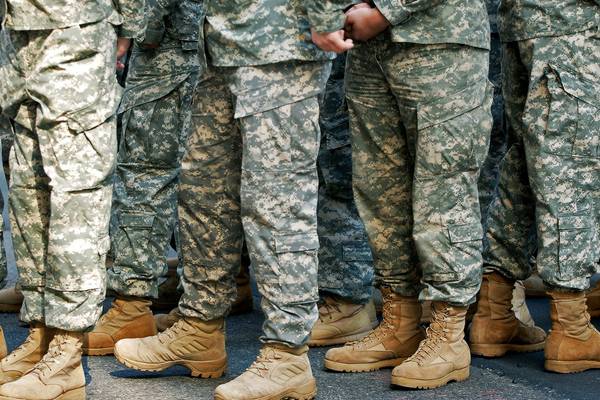 What Is Military Fabric Called? (What Are Uniforms Made of)

What is military fabric called? Khakis is about the most familiar term used for military uniforms. Sometimes the word fatigues are also used to describe more casual uniforms. These uniforms are made from cotton, wool, a cotton wool blend as well as synthetic blends.

To learn more about military uniforms, what they are called, and what fabric is used to create them, just continue to read out article. It has the information to get you up to speed on military ‘fashion’.

What Fabric Are Military Uniforms Made Of? 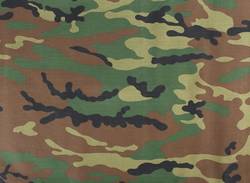 This will depend on the region of the world you are deployed to. The British found that cotton khakis were great in India but when they went to South Africa, cotton proved to be an ineffective material in that climate.

The British changed to wool or worsted serge for their troops to wear when deployed to that country. For the American military heavy cotton twill was used for decades even though that material was heavy, hot to wear, and took a long time to dry.

It was the mid-20th century that saw the military make a switch to all synthetic fibers which were lighter. But these materials also had drawbacks that made serving and carrying out orders hard to do.

The synthetic materials were also hot and they did not absorb sweat as their cotton counterparts did. Those materials also reflected infrared light defeating the purpose of camouflage.

Finally, the military found the solution. They blended cotton and nylon which provided the soldier with more mobility and range of motion. The nylon cotton blend was also lighter even though it was more difficult to apply the camouflage dyes to the material.

The design of the uniform is ever-changing as the military has recently added a knitted polyester fabric for its uniform creation.

What is a Military Fabric Called? 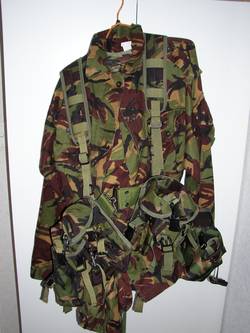 For the fabric itself, military material is called by the fabric’s actual name. It could be cotton twill, cotton blend, synthetic polyester, and so on. But if you are going to call the uniform by its correct name there are at least a dozen different names for each arm of the military.

Khakis is a popular name and refers to a specific style of uniform. As is the word fatigues. These two uniforms are made form military fabric yet have different names due to the purpose of the uniform.

For the Navy, the service dress whites were and are called chokers due to the high collar. The marines have three types of uniforms called the field, dress, and service. The field uniform is often referred to as utilities or cammies.

Each branch of the service creates its own names for their uniforms and to get a complete list of those names one would have to talk to the member of the branch of the military in which they served. 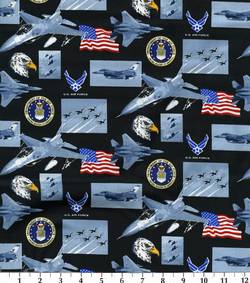 To understand what licensed military fabric is you have to understand what the term license means when used in this context. The word licensed simply means permitting another party to manufacture or sell a certain product under strict conditions.

There are licensed military fabric and that is usually made from cotton. It is 44 inches wide and made from 100% cotton. On top of that, there is a military design added, although that design is not necessarily the same colors the military personal wear.

In a strange twist, the kind on sale at Joann’s is made in South Korea. Besides using the fabric for clothing, you can find military fabric in quilting material as well. There is no shortage of licensed military fabric and you should be able to find the material at your favorite fabric outlet.

Military Fabric By The Yard 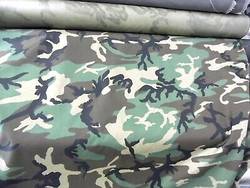 It is always hard to pick the starting point when describing the places you can find military fabric. The list is very long and encompasses a wide range of sources. The first place to start would be your local fabric stores.

These outlets should have the fabric in stock or should be able to order it in for you. The same goes for the department stores in your area. They are always willing to please their customers so obtaining military fabric should not be a big ordeal.

Next on the list are the big box stores and the national chains. Target, Walmart, Michael’s, Hobby Lobby and similar outlets should have a good supply on hand or order it in for you if they offer that service.

Not to be outdone is Amazon with its huge reach and supply of fabric. They sell military fabric by the yard and some of it comes in the 58-inch width. But Amazon is not the only online outlet that carries that material.

You will find that there are a lot of online fabric stores that stock this material and have it at a reasonable price. The only difference between these stores will be their minimum purchase price and minimum yardage requirements.

The original material for military fabric was not the best in the world. It was not a universal material and caused the soldier a lot of discomfort over the years. The military did not give up or try to punish their soldiers by making the uniforms out of that material forever.

As the decades past, they were able to upgrade the material over the recent decades and have it adapted to meet the different environmental demands their units endured. The good thing is that you can enjoy the durability of that fabric through the sale of military fabric in your fabric outlets.