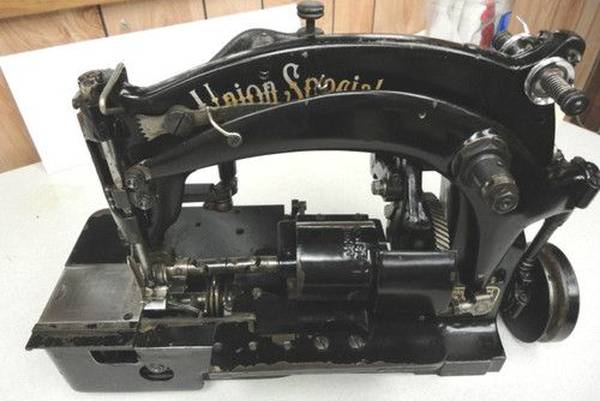 There is more to sewing than just residential projects. There are a lot of people who do not know how to sew and they still require clothing items so they look good, can get dirty, or have a lot of fun in life. That is why industrial machines were invented, to help those who could not sew for themselves.

This is one of the oldest industrial sewing machine manufacturers in the world today. It's approx. 140 year history has seen lots of growth and it was one of the first American companies to expand into Europe and built a factory in Stuttgart, Germany in 1901.

To learn a little more about this sewing machine company, just continue to read our article. It explores its history and providing you with some in-depth knowledge of how industrial machines influence the textile world. 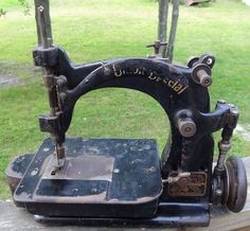 This company started in 1881 in Chicago and it sets its goals high. Those goals helped it to be a leading industrial sewing machine company in the world. It took the company only 20 years to get large enough to expand into Europe and the first expansion formed the UNION SPECIAL Maschinenfabrik GmbH.

20 years after that, the company added another facility in Hemmingen on the outskirts of Ludwigsburg. Then in 1948, the company took over the old Borden Milk’s facilities and expanded those buildings to meet their manufacturing demands.

The company does not move around a lot as they have been at that location for almost 70 years now. The 1,000,000th sewing machine was produced in 1968. There is mention in the German history of this company that Union Special was incorporated into the Juki corporation of Tokyo in 1988.

But there is no mention of this takeover, partnership, or other business agreement on the American website in its history page. 5 years after this partnership arrangement the German company was moved to Ludwigsburg as well and changed to the European Distribution Center and focused on sales as manufacturing was transferred to the American plant.

6 years after that, the German company became independent and focuses solely on sales. The original American company is still operating in its plant but has expanded it to meet production needs at least 10 times.

How Much is a Union Special Sewing Machine?

These are industrial sewing machines so hang on to your hat when you start seeing the prices for different models. Some used ones go for $875. The company’s website does not list any prices for the machines they are listing there. You may have to contact the dealer nearest you to get a price for one in your area.

Some of the parts cost over $200 each when you need a replacement at the same auction house. The best thing to do is contact nearby sewing machine outlets that handle the Union Specials and see what they are charging.

Industrial sewing machines are going to be priced a lot higher than residential ones especially since they are American made. 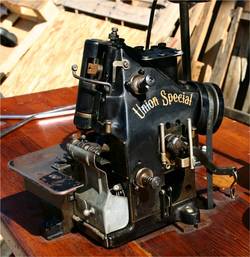 The older, pre-war, sewing machines are quite rare. One person has seen only 2 of the 11500G model and this machine dates to pre-1920. They are still in use in Japan. The best bet to finding an old Union Special sewing machine is to look at estate sales, auction houses, and possibly some antique stores.

Although industrial machines are not as desirable as residential ones, those places may have a line on them. The model 43200G is a collector’s item since Union Special stopped making them in 1989 which put them on the collector’s wanted list ever since.

Some machines disappeared to Japan, China, and Pakistan so if you are touring those countries, you should be able to find some old ones there. Europe, Africa, and other unique locations are good places to look like the German arm of the company handled sales and distribution to those geographical locations.

The company brags that they are one of the few businesses that make their products like they used to. In other words, the sewing machines are built to last, use top quality parts and raw materials as well as assembled by experts who take pride in their work.

These are not inferior industrial sewing machines and they do a good job every time you turn one on. The 43200G is one of the more sought after models by denim makers even though that unit has been out of production of 30 years.

One of the problems in finding one is that the Japanese clothing makers beat everyone to the punch and bought up as many as they could. Every photo we have seen of the different machines produced by this company shows a solidly built device that can handle a lot of sewing hours and difficult fabrics. 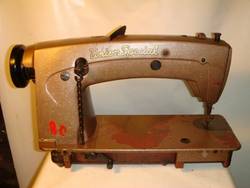 This machine is called a high-speed lockstitch unit that handles medium to heavy workloads. It can handle plain seaming operations and make sure all the stitches you want are in the right place.

Its best work is done when it is attached to a sewing table that is large enough to handle the fabrics you are going to be working with. Threading is simple and straight forward with the spool of thread placed off to the right side of the sewing machine.

Then it uses one needle and comes with a drop feed, rotary hook, horizontal hook shaft as well as a push-button stitch regulator. There are more features even though this machine is designed to be very straight forward and easy to use.

The 220 G is part of the 2200 series of sewing machines that are built for heavy-duty action. The G model is a two-thread sewing machine with a large cone head thread stand. It operates on 110 voltage and comes with coarse feed dogs.

There is a 2200GA but that is for those companies that use 220 volts but it has everything else the G model has. This series of 2200 sewing machines are designed to handle fake turf and comes with a built-in thread cutter.

It is a lightweight series of machines that are easy to use and set up. The drawback to this machine is its price as it retails for about $2,500. The total weight is only 11 pounds so you can carry it around with ease. 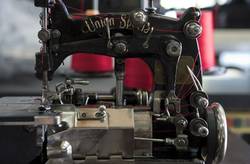 From what we have been able to see, the Union Special sewing machines have been a superior industrial product for over 140 years. The same demand for quality when the company first opened up is still guiding the production today.

We like the fact that the machines are made in America even though that production option drives the price up a little more. The company has designed a variety of sewing machines to meet just about every industrial sewing need

The machines are filled with the right features making sewing very practical and easy to get done. They are also built to handle heavy workloads making them durable and a couple of 100-year-old machines are still on the job.

For industrial work, you have a good company that stands behind its product and keeps your business moving so you do not lose any production time.

You should be able to find manuals for your Union SPecial sewing machines quite easily. Both the American and German portions of the company have a special web page for manuals. How far back they go you would have to ask the company directly. The American page is found here and the German page is at this link.

If you want a manual for the 63400, just click this link. There are several different models of that series available. Then the company at this link has more than enough manuals covering a lot of different Union Special sewing machines.

A good internet search should turn up more locations for manuals for more recent Union Special sewing machines. As for vintage or antique sewing machines, you may have to try eBay but at the moment we did not see any listed.

Or go to the usual stores and auction houses that deal in antique and vintage sewing machines. 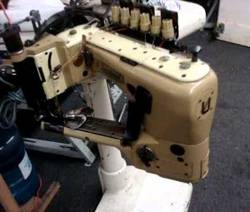 The usual warnings apply here. Even though many of the machines look straight forward, it is sometimes best just to let the repairman handle the repairs. They know what they are doing and can get the task done quickly.

Or you can contact one of the many different parts stores online or the company itself and have them send you the part you require. The less complicated sewing machines should not be that difficult for the home handyman to work on.

Then make sure to have a manual handy as those booklets provide you with great troubleshooting tips, helping you look in the right place so you can fix your machine quickly.

The key to fixing your Union Special is to make sure you take it to the repairman when it is under warranty and do it yourself when it is not.

This seems to be not so difficult a task either. The company in Chicago does maintain a parts page. The link is the same one you use to get to the manuals above. It is not sure how far back in time those parts go but ask if you own a really old sewing machine made by that company.

It won’t take a lot of time to find parts stores online or traditional because Union Special still makes their sewing machines and there are plenty in existence today.

How to Thread a Union Special Sewing Machine 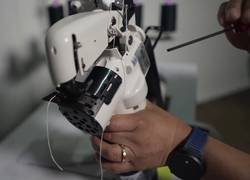 For the 39500 model, it is best to thread the machine in the correct order. The upper looper is the first to be threaded, then the right needle and finally the left needle. Because all the Union Special sewing machines are different make sure to look in your owner’s manual for the correct instructions.

The 39500 needs to have its cloth plate open and the needle raised to its highest point. Then the presser foot pressure needs to be released and swung outward. The needles need to be threaded right to left starting at the front.

If you are into industrial sewing, you should do okay by using a Union Special industrial sewing machine. Some of the old ones still work and are treasured for the quality of work and the ability to sew tough fabrics.

The newer models continue that tradition of quality service and with the wide availability of parts, your model should be repaired very quickly. Test drive one today to see if they will help speed up your production.