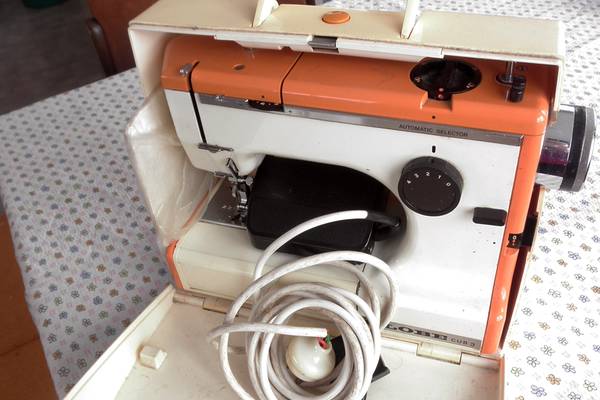 Sometimes you can get a lot of interesting facts and other times you are scraping the bottom of the barrel to find anything on a given topic. The different makers of sewing machines are not excluded from that haphazard treatment history provides.

The price of the old Globe sewing machines may be lost to history. But it was not too much and probably were sold as economy machines back when Japanese companies were cloning Singer 15 models. The Globe Sewing Machine Company was actually Maruzen a Japanese firm.

To read what little can be found out about these sewing machines and manufacturers just continue to read our article. It does its best to bring you the latest on this unknown sewing machine and its maker.

Who Made Globe Sewing Machines? 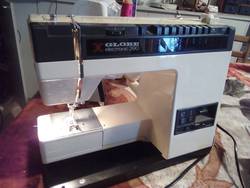 The best we could find out was that a Japanese firm called Maruzen made the Globe sewing machine. This was done back when the country was being rebuilt on American investment.

It was in 1952 that the company issued its first zig zag sewing machine. This company had a model named Jaguar and its popularity influenced the officials of Maruzen to create the Jaguar Sewing Machine Company which is still going today.

As far as can be found out, there was not a real Globe sewing machine company. If there was it may have been a front for Maruzen as they hoped to make an impact on the western sewing machine market with a western sounding name. Japanese names and corporations were not looked upon very highly by the citizens of allied countries.

It wasn’t till 1978 that the company changed its name and its brand to Jaguar and continued to sell sewing machines. Jaguar is considered to be one of the better brands of sewing machines out there today. 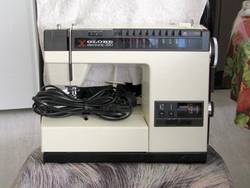 This may not be an easy task to do and it may not be a hard one to complete. It will depend on which Globe sewing machine model you own. For $10 you can find one of a few select models on this website.

Our usual go-to websites are not having any in stock at this time. You may have to go to vintage sewing machine repair shops or antique dealers to see if they can help you find a print version of the manuals.

An online search has produced that one result and the pickings are not that great. You can try contacting jaguar directly and see if they have any old manuals or the Maruzen company since Globe was supposed to be made by that company before switching to Jaguar.

The only price we found for a vintage Globe sewing machine was about $35. It seems that whoever made this machine either did not make a lot of them or they were not reliable and broke very easily.

If you find one, you better find two to get the parts you need to fix one of them up when it breaks. They are not going for a lot of money and have little value to their name. 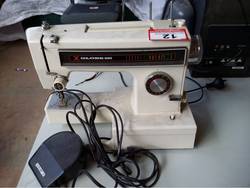 For some reason, the Globe 550 was sold under the Sears Kenmore name, at least according to our sources. It did not stay in production too long as it may have been discontinued before the 80s hit.

Also, the 550 may have been the best model produced by Maruzen as it is said to not break down. The biggest drawback according to an old wives’ tale is that the machine did not work right after being repaired when it did break down.

The machine came with plenty of accessories and you did not need to buy any extra to do your sewing projects. The invisible zipper foot, rolling foot, tucking feet are just a few of those accessories.

It seems that the upper tension assembly for this Globe sewing machine may be an exact duplicate of some Kenmore models. It is hard to say as the Japanese copied a lot of American designs or followed the designs sent to them by the American companies that wanted cheaper sewing machines.

At this link, you will find a pictorial tutorial on how to maintain a Globe 510 model. A lot of commentaries are missing so you will have to figure it out as you go. Other than that there is scant information on the internet about this and other Globe sewing machines.

This sewing machine may have been a duplicate of a Kenmore sewing machine. Since both Kenmore and Globe were made by the Japanese firm Maruzen tit is highly likely that there are a lot of similarities between the two brands.

It is hard to say how long the machine was in production as very few people talk about this brand. Maybe that is because it started as a Japanese clone of American sewing machines and Sears just jumped on the bandwagon and had a majority of their sewing machines made cheaply by this Japanese company.

Different models had different features and without a manual, it is hard to say which were standard and which were exclusive to this model.

This machine has a front-loading bobbin to it and that is about the most unique feature this model comes with. The machine may have been rebranded to a Frister and Rossman name for it to be sold in Australia.

Not much is known about this model either as it may also be a simple clone or copy of other better-known models. It looks like a very compact and portable sewing machine that comes in a tiny case. The handle allows you to take it anywhere you need it without causing you any strain or back problems.

The 877 came with some unique features that included the ability to sew leather. It also seems to have been able to create buttonholes as well as be used for appliques. Those capabilities helped this unit stand out more when it was sold new.

If you can get your hands on one that is in good condition it may be like the 550 and last forever without wearing out. In the manual, there was a section on double needles as well as elastic stretch stitching so it was a complete machine when it was working.

But you may find the same features in a good machine where you can still get parts.

There is little to say about the Globe sewing machine. It was a Japanese clone that Sears took advantage of to cut costs and generate sales. From what we have been able to find out about the sewing machine it seems that some models were made very well.

One of the problems in finding information on these machines is that the term Globe is used for thousands of other companies and products. There is a Globe Sewing machine company but it is a repair store that has been around since 1919 and has no association with the sewing machine

In fact, it doesn't handle those Globe sewing machines. At least the Globe name was not listed in the brands it worked with.

How To Thread a Globe Sewing Machine 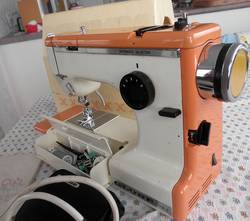 One person said to get a Kenmore that was similar to Globe and use the instructions for that machine to thread your Globe. It took some doing but we have some information on how to thread a Globe 877.

First, put the spool of thread on its pin with the thread coming from the back of the spool. Next, bring the thread through the rear thread guide and up to the front thread guide.

The Globe sewing machine may not be the most reliable around. Very few people have heard of it and even fewer own one. Those that do own one seem to be impressed by the machine’s ability to keep on working for years without needing repairs.