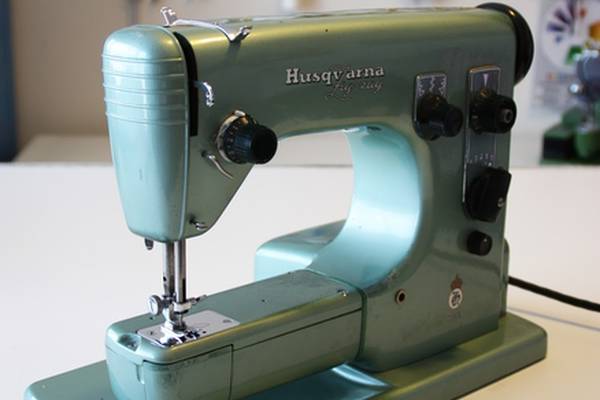 How Old is My Husqvarna Sewing Machine? (Old Models Review)

When you want to learn about a sewing machine company you may get a lot more than you bargained for. The history of European companies will surprise you

To learn more about the history of Husqvarna just continue to read our article. It gives you a unique story on this long-lasting company. It is an interesting one as longevity is something to be respected and honored. 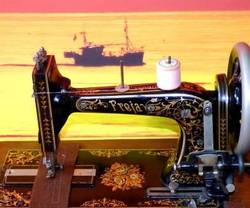 There was a mill house in Huskvarna Sweden that seemed to use the name Huskvarna as its business name but there is no record it is the origin of the Huskvarna company that started in the same town in 1689.

At that time the Swedish King needed his factories to produce rifles. It is in this year that Huskvarna states it began operation as a rifle manufacturer not a sewing machine maker.

It wasn’t till almost 200 years later when the demand for rifles fell and the owners of Huskvarna started looking for new products to make. In 1872 they began retooling to meet the new purpose and in 1874 the first sewing machine hit the market.

The company’s first sewing machine, the North Star, was not a good machine and it did not sew very well. Only about 500 were made. The company took the ‘if you don’t first succeed try again’ mentality and kept making sewing machines.

The next model was a reproduction of the American Weed sewing machine as Husqvarna bought the European rights to that machine. It remained in production till 1895.

From there, as they say, the rest is history.

Husqvarna still makes its own products including sewing machines. The original factory may still be used but that is not for certain. Over time upgrades were probably made to the factory so it could keep up with production.

There is a rumor that this company sent its manufacturing overseas to China but so far nothing confirms that rumor. It is possible the lower end machines may be made in Thailand like Bernina does but again that cannot be confirmed.

What can be confirmed is that Husqvarna makes all of its products, including sewing machine﻿﻿s in the same town it started in over 350 years ago. 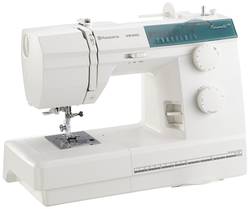 The name Husqvarna Viking may be the name most people recognize as Viking was the brand name this company used in America and other countries and Husqvarna preferred that English title to their own name.

Then up until about the 1930s, they kept stamping the name Husqvarna Arms Factory. The most popular of their earlier machines were the Husqvarna Freja or Husqvarna Gota. These came out in the 1980s and sold fairly well.

Their Dextra sewing machine was based on the Singer 12k model and used a 331 needle. All their machines prior to about the 1960ish were made to last and from all metal parts. Many still sew today like they were 10 years old instead of 60+ years old.

Very few of the early models still exist and you may find some in Europe if you are lucky.

Yes, they do. In fact, they are one of the finest sewing machine companies you can purchase from. They have a lot of pride in the quality of their machines as well as a solid reputation to protect.

But Husqvarna doe snot rest on its sewing machine laurels. They make all sorts of products that will help out around the home,. on the farm or when you need wood for the winter.

The models they have are regular sewing machines, embroidery machines, overlook models, quilting, and long quilting sewing machines. The company makes sure your sewing needs are well looked after.

It is best if you go to their website and look for yourself as to what machines they have. This link will take you to their machine page and you can look around to see if you find one you like and in your price range. 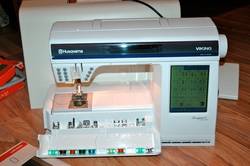 The company started as the Husqvarna started simple and kept the name Husqvarna Arms Factory till sometime in the 1930s. At that time it may have evolved into the VSM Group AB until 2006.

At that time the company was bought by Kholberg and company who merged Singer, Pfaff, Husqvarna into SVP Worldwide. The company was responsible for 1 out of every 3 sewing machines sold in the world.

In 2018, Ares Management, who control or manage over 144 billion dollars worth of assets, thinks highly of its acquisition and has taken steps to keep it a world leader for years to come.

Baby Lock, Bernina, Brother, Janome, Juki, and Aisin Seiki are the main competitors Husqvarna and its SVP partners have to face. With the mighty Singer name included in that group that should not be too much of a problem for the corporation.

When Were Husqvarna Sewing Machines Made?

The good news is that Husqvarna sewing machines are still made under the Husqvarna brand name. That gives them about a 140-year history as they first started making those machines in the middle of the 1870s.

Over the years the company has kept up with technological advances and has developed quite a few top-quality sewing machines in all categories. It may be difficult to get a hold of a pre-1950 sewing machine made by this company even though by that time they were producing about 100,000 units every year.

Are Husqvarna Sewing Machines Still Made in Sweden? 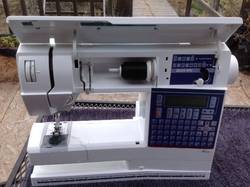 As of this writing, yes they are. According to an article on their chainsaws, all Husqvarna products are manufactured in Sweden. There were rumors the company may have switched to South East Asia to cut costs but so far those rumors have not produced any evidence to support their claim.

In 2008 the company was supposed to have bought the Chinese company Jenn Feng and moved some of its production to that country. Sewing machines were not on the list of products sent overseas.

Don’t be surprised if they have moved some of their sewing machine production to China. The sewing machine industry is highly competitive and cutting costs helps keep the company’s sewing machines reasonably priced.

But for now, the Swedish plants have control over the company’s sewing machine manufacturing.

There are a lot of older models antique collectors may want to get their hands on. The North Star was the first sewing machine made by Husqvarna but it did not go over very well due to technical errors. 500 were made and none seem to exist anymore.

The company bought rights to the American Weed sewing machine and produce a similar model up until 1895. It was a better model than the North Star and sold quite well in Europe.

Next came the most popular early sewing machine, The Freja Sewing Machine, and it sold for just over 40 years. The Gota and Dextra models were made about the same time as the Freja. The Triumf was next which also made it into the 1920s.

After that, the Husqvarna CB 15 model was produced between 1910 and 1930 and was preceded by the CB 12. Once technology caught up Husqvarna produced the first zig-zag sewing machine and that was in 1930.

How Old is My Husqvarna Sewing Machine? 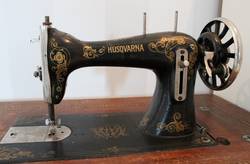 There may be a little difficulty in getting the age of your specific Husqvarna sewing machine. It is well known that the company did not keep any serial number records to those early models.

If you own one, dating those early machines is done more by machine style. The Husqvarna museum may be of great help there. The museum is located in Huskvarna, Sweden.

For more recent machines, you should contact the company directly and see if they have a record of your machine’s serial number and the date it was made. Just click on this link to go to their support page and see if they have the information you want. Just make sure to have the serial and model number handy.

You can find manuals at that site as well.

There shouldn’t be a problem in finding an old Husqvarna sewing machine for sale in America. Just start at eBay and if the models listed there are not the ones you want there are other places you can search for.

A quick internet search popped up a lot of private shops that are listing old sewing machines from that company and it may take you some time to go through each one. Of course, you can try friends and relatives to see if they know anyone who may want to part with their old sewing machine.

Craigslist and local classified ads are more good locations to see if any Husqvarna machines are available. Then you can put an ad in the newspaper or on Craigslist stating you want to find an old sewing machine made by that company.

That ad may generate a few leads fro you. If you have a large enough city, try your local antique and sewing machine repair shops. You never know what you will find at those places.

If you search hard enough you should be able to find what you are wanting. Just make sure it is in working order and good condition before buying. Unless you just need a parts sewing machine.

How Good Are Husqvarna Sewing Machines? 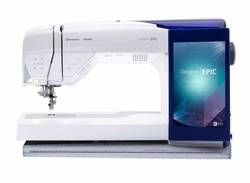 It seems that Husqvarna learned from its initial mistake. Ever since the first model they produced, their machines have been well made and some have sewn forever. That first model was not good but it provided a good lesson for the company, one which they have strived to avoid re-learning.

Then their sewing machines are made with Swedish technology, know-how, and expertise. That should tell you that their machines are some of the best in the world. They have to be good because the competition is tough and small mistakes could cost the company plenty.

Of course, you may be the unfortunate one who bought one of the machines that slipped through quality control. It happens but because it happens does not mean that Husqvarna does not make good machines.

Dating the Husqvarna sewing machines may be a bit difficult if you are trying to find the age of one of their earlier models. While the company is still in existence it seems those records were not kept very well and have been lost over time, if they ever existed in the first place.

The best way to date your machine is to contact the company and ask. They have a place where you can register your machine so they may have more information on other issues like manufacturing date. It doesn’t hurt to ask.