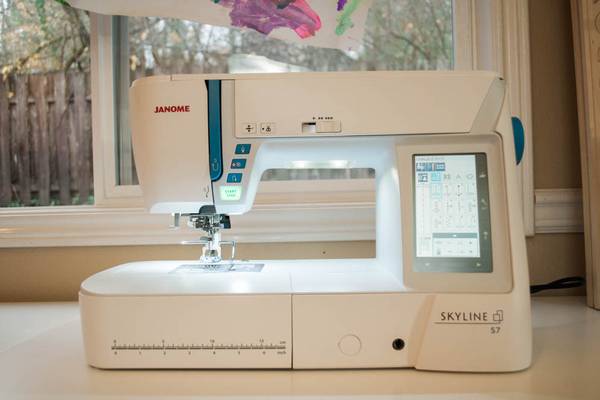 How Old Is My Janome Sewing Machine? (Models, History, Value)

You may be tempted to say Janome, but the actual pronunciation of the term is ja-no-mey. The ‘e’ is not silent in this name and sometimes western English speakers have a hard time remembering that little difference. In the end, no matter how you pronounce its name, Janome has a long and storied history.

How old is my Janome sewing machine? Interesting enough Janome has been around as a sewing machine manufacturer since before the depression. It started as the Pine Sewing machine company in 1925 and you could own a Janome without even knowing it. The company didn’t change names till 1954.

To learn more about Janome and its sewing machines just continue to read our article. It is an interesting story that doesn’t start with a post-world war origin. Janome did not start by cloning machines but by inventing new parts that worked better. 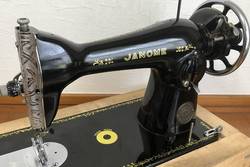 1921 was the year that Yasaku Ose started Pine Sewing Machine company and it was the same year that he invented the round metal bobbin system. This new system was a vast improvement over the long shuttle system many early pioneers used when making their own sewing machine models.

15 years after its founding, Pine bought its first mass-producing factory to help it make more machines and get them out to the market sooner. In 1954 the company formally changed its name to Janome Sewing Machine Co., Ltd., and it started to take bigger strides in advancing up the sewing machine industry ladder.

After changing its name, the company bought out the National Sewing Machine Company, (New Home), which had merged with other American brands of that era. Then in 1958, it was able to get the Sears Kenmore sewing machine contract whereby destroying the White sewing machine company at the same time.

Then in 1969, they opened their first overseas factory in Taiwan. In 1971 the company made the world’s first fully automated zig zag sewing machine with a lot of features that weren’t found on other brands’ machines. 8 years later they produced another first, the Memory 7 which was the first programmable sewing machine in the world.

As the decades rolled by Janome continued to produce top-rate machines that were innovatively designed and made to help the home sewer do her work faster and more creatively. 2004 saw a partnership with Elna in producing some of the latter company’s sewing machines.

Wanting to get access to European design skills and technology, Janome bought Elna in 2006. With that company under its wings, Janome continues to impress the world and improve on the sewing machine.

Where are Janome Sewing Machines From? 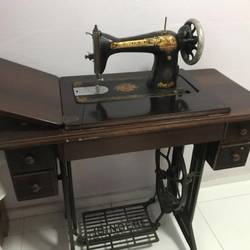 Originally, the Pine or Janome sewing machines were made in Japan. These machines became popular due to the innovation that the founder was able to introduce to the world. It wasn’t until 1969 that Janome started producing sewing machines in Taiwan.

In 1964 the company revolutionized the sewing industry by starting its own research laboratory to find new methods, materials, and other designs that would help them become a world leader in sewing machines.

Then later the company started a manufacturing plant in Thailand which was started in 1988. In total, the company has about 6 plants in those countries and worldwide offices to handle sales, etc. Africa is one of the locations for one of those sales offices.

The Taiwan plant has been expanded over the decades and recently it was called the world’s largest sewing machine factory. Janome does not do things in small ways. With its wide reach, they can tap into different design groups to continue to explore the world of sewing machines and create some innovative designs that lead the rest of the swing industry pack. 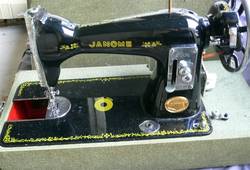 It is difficult to find any names of the original Pine Sewing Machine company’s sewing machine models. Those seem lost to time and the fact that in 1954, the company actually split with one partner taking the Pine name and the other turning their portion of the company in Janome.

Now during the year 1954, Singer stepped in and bought 50% of the new Pine sewing Machine company, and Japan’s Steel Works Co bought the other half. By 1959, Pine was making 70,000 Singer sewing machines per year. That was the only brand that the company made.

Except that the early machines, from 1954 to 56, were badged as Merrit until Singer was satisfied with the quality of the machines. For Janome, here is a list of their retired models but what year they were made is not listed.

It is known that Janome did produce some of the sewing machine models made by the American companies they took over and did so for a few years. That was done until they transitioned from the New Home brand to the Janome name. The company made Kenmores for a long time starting in 1958.

The earliest Janome model was the 605 produced about the 1960ish. This model is said to be very rare.

How Old is my Janome Sewing Machine? 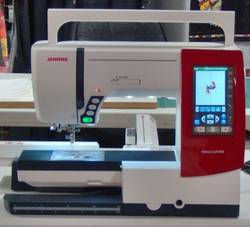 It is our theory that the earliest Janome sewing machines, trademarked 1935, may have been lost to the war effort. The metal was needed for arms, ships, and planes and it is possible those machines were repurposed for those necessities. Janome’s own history does not talk about what it did during the war years so you may be hard-pressed to find one of those early models or date the one you may own.

Then during the 50s and 60s Janome was busy making sewing machines for Sears and other department stores without the Janome name on the badge. They also produced New Home models until they were confident enough to use their own names on their machines.

The best way to see how old your Janome sewing machine is would be to, one, talk to Janome, two, talk to antique dealers, and three, talk to vintage sewing machine shops or repairmen. Even Janome’s history on their own webpage has gaps in it and it is difficult to pinpoint the age of their older machines.

The support page we linked to above concerning the retired models should help you get started in finding the age of some Janome machines as well as give you a hand in getting the manual if you have misplaced or lost yours. 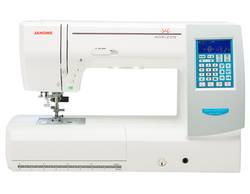 The best way to date your Janome sewing machine would be to copy down the serial number, the model name, and number then call or e-mail Janome's office near you and see if they have records to help you. Here is the link to the Janome American headquarters contact page.

As we said above your best bet to finding the age or the date when your sewing machine was made, if it was before 1990, is to contact the antique dealers or those repair or sales shops that handle vintage sewing machines. 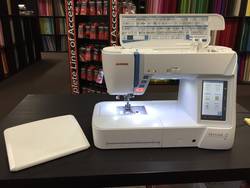 The company was founded on innovation, efficiency, and making durable sewing machines. That is a solid foundation to build upon. Over the years Janome has demonstrated its commitment to creating and making top quality sewing machines.

They have also been first in designing and manufacturing the world’s firsts that take sewing machines and sewing to the next level. So, yes the company does make and design good machines. They have a proven track record as a body of evidence supporting that statement.

However, with that said, that does not mean every machine they produce is perfect or does not have some sort of flaw to it. Those flaws could come from any number of sources, bad parts, bad metalwork, and so on. These lemons do tend to slip through quality control from time to time and make it into someone’s home who is then turned off by the product and the company.

The existence of those lemons does not mean that Janome produces inferior sewing machines. It just means that someone somewhere screwed up and the mistake was never caught. 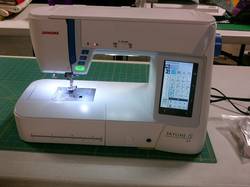 The link we gave above for retired Janome sewing machines should help you find a lot of different manuals for the many sewing machines Janome no longer makes. If you cannot find the one you need, then you should try one of our go-to manual sources and check their supply out. Just click here.

It is possible that your manual for your current machine, which is still made by the company, is lost or the dog ate it and so on. Janome has a solution for you and to get a replacement just click on this link. If those two sources are not a help to you, then try this company.

The price of $19.99 has been crossed off so they are either free or they have none in stock at the moment. The resources continue as this company has several manuals for Janome sewing machines. We are not sure of the prices and that is because we may be too afraid to find out.

For our Australian readers, there is this option and the price seems fair at $5.50 AU dollars. That price also includes GST so it sounds like a bargain. The list could go on and sometimes it is either feast or famine when it comes to finding sewing machine manuals.

How to Thread a Vintage Janome Sewing Machine

For this set of instructions, we went with the Janome 2041 model. We had a large selection to choose from and we just picked one at random. If you need a diagram to help you just click this link and it will take you to both the instructions and the diagram.

Janome does have an interesting history. It is too bad that its earlier Pine models did not seem to survive the war or time. Those would have been nice to see. But Janome still makes great sewing machines and they help make sewing a lot more fun.