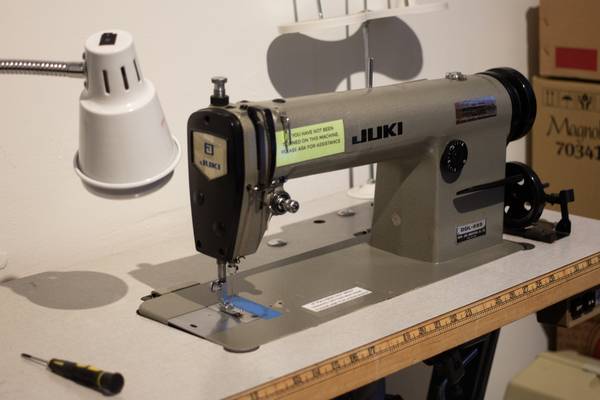 How Old Is My Juki Sewing Machine? (History, Price, Date)

Just because they are big and famous doesn't mean that a lot of information is written about them. Howard Hughes was a household name yet very few people knew that much about him. Even big and famous sewing machine companies are placed in the same boat. Everyone knows the name but not much about the company.

How old is my Juki sewing machine? In comparison to other worldwide companies, Juki is just a young lad barely out of short pants. If you own a vintage Juki sewing machine it is not going to be older than 73 of age. Even though the company formed in 1938, their first sewing machine did not appear until 1947.

To find out more facts about Juki sewing machines just continue to read our article. It has the straight scoop on the information that can be found about this company’s history. All it takes is a few minutes of your time to catch up on the latest news. 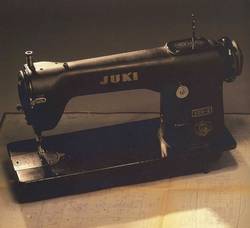 It seems that people who know Juki machines do not talk about the history of the company that much. But what is known is that the company was first formed in 1938 when a group of machinery manufacturers in Tokyo invested in a company called Tokyo Juki Manufacturers Association.

There is nothing about the company between the years 1938 and 1947 but that is understandable as those were the war years and many of Japan’s leading companies were geared toward their losing war effort. Plus, 1945 to 47 can be seen as rebuilding and re-tooling years.

But after those events, Juki started producing home sewing machines and sold then initially to their own Japanese market. How many went overseas is not known although their history says they were sending machines around the world from the start.

In 1953, the company produced its first industrial sewing machine and has focused on both the home and industrial models ever since. In 1974, Juki realized how important the American market is to the industry thus they established a subsidiary in New York called Juki Industries of America.

It was a smart move as the American market accounted for about 21% of their sales and this fact helped them move to a larger facility in New Jersey. As time went by the company grew to have offices on 6 continents and was selling products in 170 countries.

After winning the 1981 Deming Prize for Quality Juki continued to strive for excellence in quality control and product development. They kept introducing top models filled with as many features as they could fit in their machines.

That dedication is still present 82 years later. The company is in a very competitive field and it is up to the challenge. Time will only tell what they achieve in the future. 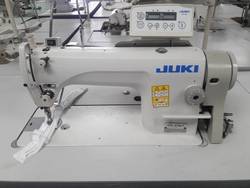 The Juki corporation is one of the rare breeds. It did not find its size or its reach through a string of mergers. You could say that the company pulled itself up by its own bootstraps on its way to industrial success. There is no other way to explain their rise in the sewing machine industry.

That is why the company makes all of its own sewing machines. Both the home models and the industrial versions, Juki makes them all in their factories. Unlike Janome but more like Bernina, Juki has built its reputation and market share on quality products and good business decisions.

There are no records describing how the company bought any fledgling sewing machine companies but there is always the possibility that the lesser Japanese firms were bought out by Juki to strengthen their Japanese market presence. Anything is possible.

When it saw the importance of the American market, Juki did not swoop in and scoop up small American companies that were struggling against the competition. They established their own American subsidiary and went to work making a name for itself on its own brand and models.

After all that, Juki simply makes their own machines and stays in control of the quality of their product. It has been a winning business decision for decades for the company.

Where are Juki Sewing Machines Made? 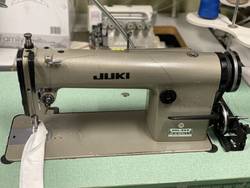 Since Juki is a Japanese firm, their original machines were built in their factory or factories in Japan. Then as time went on and competitive pricing was hard to achieve with this business plan Juki expanded its manufacturing ability to South East Asia.

Moving to China and Vietnam, Juki was able to control production costs better and remain competitive on the retail sewing machine market. It is not exactly known when those plants were established but suffice it to say that they were built when the company needed them.

Also, Juki handles its own marketing, its own distributing centers, and its own training of its distribution staff and on it goes. The company did buy out the Union Special Corporation merging its sales and marketing divisions with its own in Juki American then changed the name to Juki Union Special Inc.

When the company merged its South American Office with its North American one they changed the name back to Juki American and headquartered in Florida. Everything Juki seems to do is done all in house. That way they know they are getting what they paid for and have representatives that will not bring dishonor to the company. 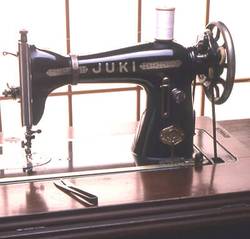 One expert has said that if you are looking for an older Juki sewing machine model, you should check out the 1980s Juki 510. It had special features and functions that made this machine stand out when it was in production.

The reasoning behind that conclusion is that these older models do not have a modern equivalent. Plus, you can get an old 510 for less than $300 while the newer modern model goes for around $1,000. You are not missing out if you go with the older machine. Read up on it at this link.

Unlike Janome, Juki does not seem to have a retired model list one can refer to. But if you click on this link, not only do you get a list of the modern models produced by the company, you can access their parts department as well. Who knows, they may have parts for your older machine making searching for them a lot easier.

On that web page, you will also find the button for the contact page. Your best bet on finding older Juki sewing machines is to contact individual dealers and see what they have in stock or what they can tell you about them. 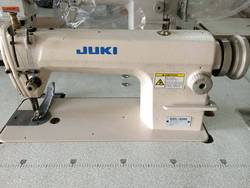 We all know it happens. You put your sewing machine manual in a place you know you won’t lose it and soon you forget where that special hiding place was. This happens to just about everyone. It is a good thing that old Juki manuals are easy to find. To start, you just need to go to this website. This go-to manual company has a long lost of manuals to go through.

Next up is Juki itself and you can try to find a manual on their website. Just click here and if you do not find the one you want they say to contact them or their dealers for help. The ever-present eBay has a few as well. It even looks like they have older manuals for both home and industrial sewing machines. Click on this link to get to their page on manuals.

This website has one link for Juki under the name Juki Union Special. You can try that option if the others have failed to produce the one you want. A good internet search should produce more results for you. These select few are just a starting point getting you going in the right direction.

Then there are also websites for international customers including India and the UK so you are not lost when it comes to getting a manual for your sewing machine. 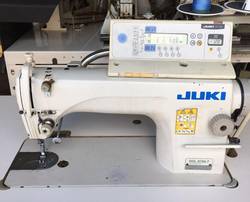 Believe it or not, eBay does not offer many Juki sewing machines for sale at this time. That doesn’t mean that a month from now they won’t have any. We saw one old machine, the DDL-552, selling for just under $300 but it is not in great condition.

Then this website offers used and refurbished Jukiis for sale. You do not want to even look at the price they are going for. The prices start at $700 and go up to almost $3,000. These of course are probably more modern Juki machines although some looked quite old in their photos.

Then you can try this website as their prices start a little lower but they do not disappoint as their selections go over $2,500 as well. Juki sewing machines seem to hold their value, at least for the newer models.

The actual value of a Juki sewing machine, especially if it is an older version, is what you are willing to pay for it and what your budget can handle. We are sure that there are vintage machines still available at a lower price than has been quoted. It is just hard to find them at the moment.

Your best bet would be to check garage or estate sales, thrift stores junk shops, repair shops, and antique dealers, not to mention lower end auctions.

How Good are Juki Sewing Machines? 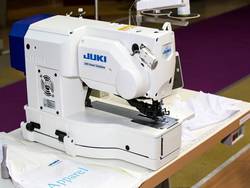 Since Juki won the Deming award for excellence, they have been working hard to maintain that reputation. Their machines are some of the finest in the world and they do a good job of competing with Bernina and other sewing machine companies.

The reviews that we have seen have for the most part been pleasant and the owners of Juki machines have been more than satisfied with what they have. These machines seem to last and by the evidence so far, it seems that people do not want to part with their Jukis for any amount of money.

One reviewer placed their Juki above their Bernina model because it helped her do sewing projects she just could not get done on that latter machine. In all the reviews we have done on different sewing machine companies, you could do a lot worse than owning a Juki sewing machine.

All of this boils down to the fact that Juki makes good machines. Keep in mind that nothing is perfect and faulty machines do escape detection from time to time.

We did see parts over at eBay but how much they are and if they will fit your machine is another story. But these are not the only outlets you can turn to to find old and new parts for Juki sewing machines. This link has parts for industrial Juki sewing machines while this website has them for residential machines.

There is another long list of parts websites you can look at and if they do not send them to your area there are always the vintage sewing machine repair shops, estate sales, and the classifieds to help you out.

You are not going to miss out on any sewing experience if you choose to buy an old or a new Juki sewing machine. They were built to deliver and for the most part, those sewing machines do just that. Take one for a test drive and see what you think as your opinion is the one that matters most.

The tradition and history are there even though Juki is not that old as a sewing machine company.