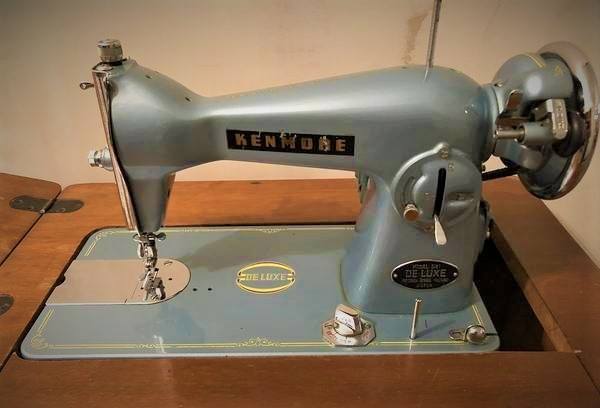 Who Manufactures Kenmore Sewing Machines? Your guess may be as good as anyone’s. What we have found out is that Janome used to make the Kenmore sewing machine but stopped doing so about 6 years ago. Now the manufacturer could be anyone of the following: Whirlpool, LG, Electrolux, Panasonic, Cleva North America, and Daewoo Electronics.

To learn more about who makes the Kenmore sewing machine just continue to read our article. this topic is a historical mystery that needs to be solved and this article does it.

Are Kenmore Sewing Machines Still Made

For 2019 it does not seem that Sears is having Kenmore sewing machines made. They used to be made by Janome but that brand has been making a name for itself outside of using the Kenmore label.

Every list and every web page we checked did not contain one Kenmore sewing machine. From what we have been able to find out, Sears stopped selling the Kenmore brand years ago and went to selling their former competitor’s machines like Singer, Brother and of course, Janome.

It is possible to still get Kenmore sewing machine parts and accessories but the sewing machine itself seems to have disappeared. We even checked Amazon to see if we missed something, but only the Singer, Brother and Janome brands appear on the sales pages we checked.

It appears that Sears has given up on their sewing machine and that is understandable given the troubles the store has had in recent years. 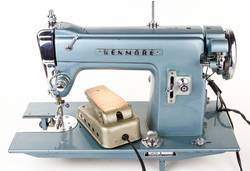 The Kenmore has had an interesting history to say the least. The first year the Kenmore name was placed on a sewing machine by sears was 1913. It was dropped in 1919 for some reason but that has not been explained.

Then in 1934 the name reappeared only to disappear at the start of the second world war due to material shortages. From 1933 to 1958, Sears had a contract with White to produce their Kenmores.

After that, the company contracted with a string of Japanese manufacturers to keep their costs down. For many years the store only offered one or two models of the rotary style Kenmore before branching out in the 1950s with 17 different models. That model number grew to over 100 in the 60s.

Eventually the contract to make Kenmores was given to Janome who held that agreement to about 2013. Since then a variety of companies could be responsible for making Kenmore sewing machines if they are still in production.

When Was My Kenmore Sewing Machine Made 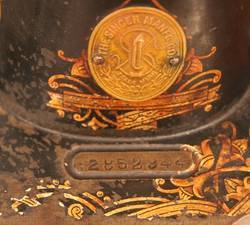 Here is a link that covers the early years of the Kenmore sewing machine from 1934 to 1965. If your sewing machine has a 385 model number, chances are it was made by Janome and after 1965.

The 340 was made by Nechhi but it is not sure when they produced the Kenmore for Sears. The 516s were made by a company called Gritzner Kaiser and possibly were made between 1958 and 62.

How Much is a Kenmore Sewing Machine Worth 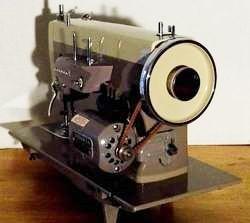 The value of the Kenmore sewing machine depends on its owner or if a collector is interested in purchasing the machine. For some people their Kenmore is very important to them and holds a very sentimental value.

Those people would price their Kenmores quite high. On the other hand, if a collector is interested in buying the machine he or she would place a very low value on the sewing machine because they want to make a profit. Try to buy the same machine from a collector and the value skyrockets.

Normally though, the value depends on the make, model and year it was made. For a ballpark figure, you can estimate that the Kenmore sewing machine will be worth between $100 and $500.

A collector may buy it from you for $100 and then turn around and sell it for $500. You never really get the best value for most items unless it is very unique and the buyer is very motivated to buy the machine.

Where are Kenmore Sewing Machines Made 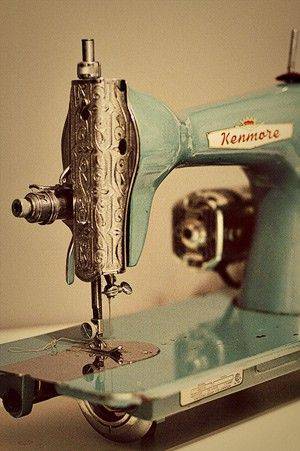 Sears had a lot of different companies manufacturer their Kenmore sewing machines. In the early years the company producing them was American. White was based in Massachusetts and moved to Cleveland later on. But when that got too expensive.

Sears tried a German company for a while before following their competitors to Japan. Their most recent sewing machines were produced by the same Japanese company that made Singer sewing machines.

Department stores that do not make their own products will go to those manufacturers that offer them the best manufacturing price. Sears is like any other department store and would need to have a good purchase cost so that they can sell their sewing machines to their customers at a reasonable price and still make money.

Most likely, China has taken over for Japan in Asia in the cheap labor and manufacturing costs department. But there is no indication that Sears made the move to that company.

That is a good question to ask and the answer will depend on the experiences the customer has had with Sears and Kenmore products. Those that have had Kenmore sewing machines perform at or above expected levels and for a long period of time will defend the Kenmore name to the death.

Those customers that haven’t had such a great experience will not recommend Kenmore to their dog. Now with that said, the 158 series was made from all metal. This construction material made the sewing machine very durable and helped it last forever. They also could stitch very well.

The newer more plastic versions were not so good, and it is doubtful that you will get a lot of use out of them if you use them a lot. Some aluminum models were okay and lasted for a lot longer than plastic ones.

To say if they are good or not depends on you and your experiences with them. Some people will find the lighter plastic or aluminum models to be as great as the older all-metal ones.

Best Kenmore Sewing Machine Ever Made 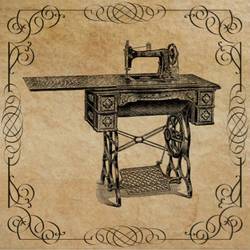 What made it so good and so special? The 1914 Kenmore came with an 1.2 amp motor, a free arm, did button holes using a template, could do monograms and could use cams to make decorative stitches.

Also, it was built out of metal which gave it a long-lasting life span. In addition to all of that it can so through jeans like they were never there. Yet despite all those great features user opinion is split.

Some say that certain 158 and 385 models were better than the 1914. The reasoning behind this opinion is because of better feeding of the fabric and thread, the belts were cogged and a lot better than other belt styles and so on.

Even though those models were made from plastic, their performance was up to their standards and expectations. Thus they sided with those models over the 1914. Then finally, there are those who swear by all Kenmore sewing machines.

They think every model is the best no matter what year they were produced or what construction materials were used. Though they may favor the Kenmores made during the 60s and 70s the best. They have their preferences as to why they do not like the 1914 but each person will feel better with one machine over another.

It will depend on what type of sewing they do and what type of fabrics they use that influence their recommendation.

Getting a 2019 Kenmore sewing machine may be impossible now. With the financial troubles that Sears has had over recent years, it is possible that they have stopped contracting their manufacturing out. Or they sold the brand name to another company.

Despite this situation, you should still be able to get parts for your older Kenmore sewing machine. Those are still being made for more recent models. Kenmores are still good machines and if you can get an older all metal model, then you are doing really well. Those should last you a long time even though they were made decades ago.