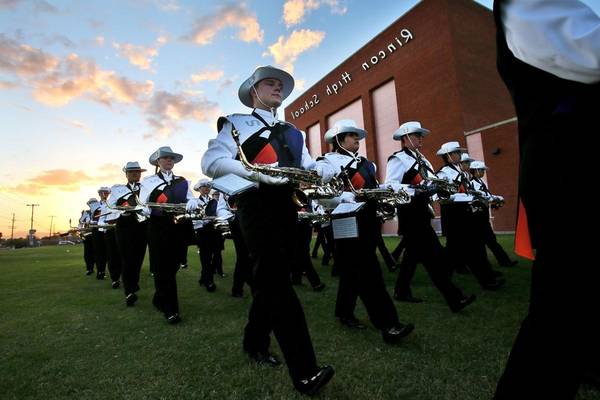 Everyone loves a parade or more likely they love the marching bands. Those bands are filled with talented kids who practice long hours. It makes sense to want them to look as good as the play but is it easy to get a marching band pattern.

It may be easier to find a pattern for a drum majorette than a band member as the number of sizes needed for the latter is huge. Also, the material you need to use has to be strong, flexible as well as comfortable. The uniform has to endure a lot of twisting, turning, bending, sweat and more.

To get all the information on finding a marching band uniform pattern just continue to read our article. It goes on a treasure hunt to see what options are available. It is about as easy a treasure hunt as trying to find a pirates treasure chest in the jungle. 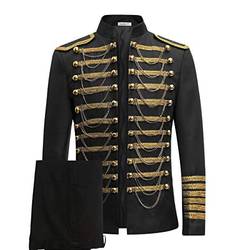 The best thing we can say is that if you want to make your pattern for a marching band member, then it would be best to borrow a uniform from an existing member and copy it.

The reason we say that is because we looked at Alibaba, Amazon, Etsy and McCall’s and the only real pattern that showed up related to a marching band was for a drum major or majorette.

We even checked some online shops that sell band uniforms and they are not divulging any secrets or sewing patterns. Even Joann’s did not have any and their selection included McCall’s offering.

It is possible to contact the different band supply stores and see if they sell any patterns but that may be a long shot. Even a search under costumes produced no results. 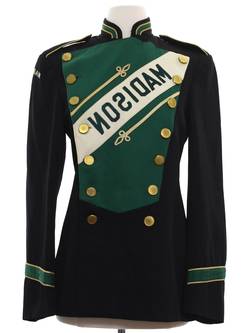 The same results took place in this category as well. This seems to be the biggest secret this side of Area 51 in New Mexico. You will find lots of patterns for color guard uniforms, drum majors and majorette uniforms and periphery band members but the actual marching band jacket is another story.

As some experienced sewers have suggested the easiest way to get a marching band uniform is by going to those companies that make them. These specialty shops do not divulge their secrets as that is how they make their living.

If everyone was able to get a hold of a pattern they may be out of business in no time. You may be able to adapt a military jacket pattern to fit your need but that may require more work than you are willing to put in.

A search for just band jackets turned up every other jacket imaginable except for the band variety. 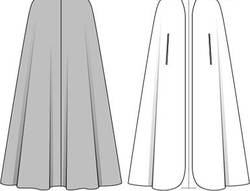 Finding patterns for capes is not going to be as hard as it is to find patterns for marching band uniforms and jackets. This clothing item is fund in a myriad of forms and they are not difficult to alter to meet the band’s colors and other requirements.

The amount of material you will need will depend on the size of your child. For a young girl of about 12 years of age, you are looking at using about a yard of fabric. Girls a little bit older would need about 1 1/2 to 2 yards of material. Then the lining would be about the same.

Then there is some more good news, there are a lot of places you can get a free pattern to follow. A good internet search will turn up lots of options for you. Of course, you may need to do some altering to the pattern to fit the marching band you are making the cape for but that shouldn’t be too big of an issue.

If you like Amazon, then you should have an unlimited selection of cape patterns to work from. Etsy is another good choice to get ideas and patterns. It would be a good idea to talk to the bandleader to see what the exact requirements are and if you have any leeway. 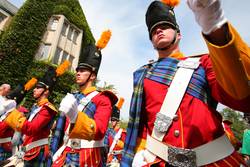 In the image results of a search, you may find some very basic patterns to create a marching band hat. These may work well for elementary school children but not for any scholastic level after that.

We mention that because finding a pattern for a marching band that is like searching for the uniform and the jacket. It is almost non-existent. We did find some patterns for a crocheted marching band hat but those are not for serious band members at the collegiate or other marching bands.

Again, you are going to be left with contacting a marching band uniform maker and see how much their hats will cost you. Not only is it the easiest route to take, but it may also be the only route you have if you want to make a marching band hat or uniform.

Who knew that searching for a marching band uniform, jacket or hat pattern would be so difficult. With the many marching bands in existence, one would think that those patterns have leaked out onto the internet.

There have been no leaks, no hints and the only results outside of a band uniform maker produced very inferior options. As we said earlier, the best advice that can be given is to contact a current band member and borrow their uniform.

If they are not the same size as you want to make, make your measurement alterations and have a good time. The patterns for these clothing items are as much a secret as the CIA operating overseas.

Burda Style Sizing Accuracy: What Size Am I In Burda Pattern?