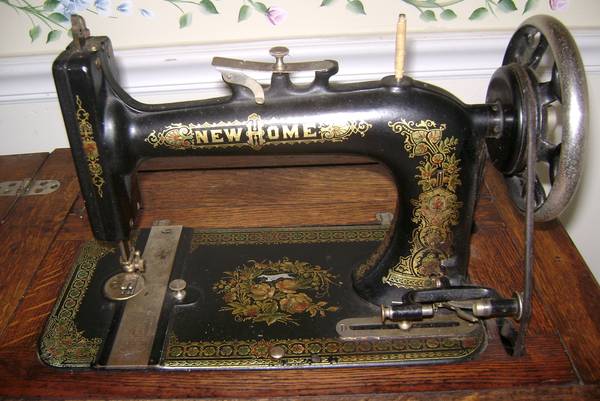 How Old Is My New Home Sewing Machine? (Models, Value) 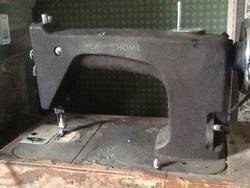 It was 1860 and in New England when William Barker and Andrew J. Clark started their sewing machine company. They produced their version of the sewing machine for 22 years before forming the New Home corporation.

The men worked out of a 100 square foot shop in the beginning and as demand for their sewing machines rose and a 50% increase in their rent, they moved to larger quarters. Some of the earlier models were called New Home, Octagon, Favorite, and National.

Then in 1889 they purchased the old Orange Iron Foundry Company’s building and dedicated one floor of the building to each of the three models they were producing at the time. At its height, New Home was making around 150,000 sewing machines in 1906 and 07 with a total of over 3,000,000 sewing machines made by the time the First World War broke out.

Who Made New Home Sewing Machines?

The original name for the New Home was Gold Medal Sewing Machine Company and that name stayed with the owners and founders for about 22 years. It was in 1877 that the New Home sewing machine was first made, the brand, and it still took 5 years before the company changed its name to New Home.

The world was good to this company before the First World War and rumor had it that the company was producing 500 machines a day in 1884. But that is just rumor, no evidence has been found to support that figure.

In the years 1920, 21, 22 the company suffered so many losses the banks had to step in and take over management of New Home. They could not right the ship or strengthen its financial position and the Free Sewing Machine Company stepped in to manage the New Home business. The Free company bought New Home in 1937 but kept the New Home brand continuing for at least another 7 years. 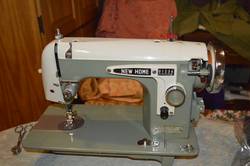 At the beginning of its history, New Home was an independent sewing machine manufacturer and remained that way for about 67 years. It was the roaring 20s when the company was hit very hard financially and that financial hit could not be overcome.

By 1927 it had to be managed by the Free Sewing Machine Company who eventually bought New Home in 1930. The New Home brand continued to be manufactured by Free but not the different models.

In the end, Janome came in wanting access to new markets and engineering and bought National in 1954 ending all three companies in one swoop. Janome is now the owner of any New Home assets.

When Were New Home Sewing Machines Made? 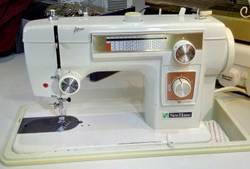 The first New Home sewing machines were made beginning in 1860 but they were not called New Home till 1877 when the company decided to call their new sewing machine model after that name. For about 670 years this company produced many different models up until they were bought out by Free in 1930.

Most of the early models did not survive the transition except for the New Home brand. That was continued for another 20-25 years through the ownership of Free and National. So you have almost 100 years of New Home Sewing machines.

You will find that Janome has made New Home sewing machine models since its takeover of National Sewing Machine Company in 1954. Currently, there may be 4 Janome New Home models on sale so you can still use a New Home if you prefer that model of sewing machines.

There may be a lot of New Home Vintage and antique sewing machines still around today. By the time National Sewing Machine Company went out of business in 1955, it is said that there were over 7,000,000 New Home sewing machines made and sold.

The original models would be stamped with the Gold Medal name and the model numbers that we have been able to uncover were #1, #2, #3, #4 and #5. There was also a Gold Medal lock stitch sewing machine produced in the 1800s as well.

By 1877 the first New Home brand was released to the public and the company also made the Octagon, the National, and the Favorite. But the company did not rest on its laurels as in 1893 the company manufactured the Climax, replacing the Favorite, the Ruby, the Rotary, and the Little Worker.

Their machines were made in a few different styles with the most popular being the hand crank and the treadle machine. The #4 came with a beautiful wood cabinet with nickel plating. 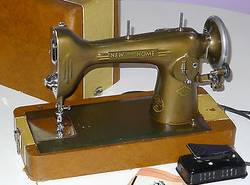 The New Home sewing machine Company was not creative or innovative when it came to serial numbers. Those were located either on the bottom of the sewing machine or its base. There should be 5 numbers on it, maybe more and sometimes letters were used in front of those numbers.

How to Date a New Home Sewing Machine

The best way to date the sewing machine you own is through its model name, number, and serial number. If you go to the link above, you will find that 50 years of serial numbers have been cataloged and placed in order of their manufacture year.

For older new Home Machines you may need the model name as there are no records currently that give the dates when those early machines were made. It is possible to contact Janome and see if they have any of the New Home records that can be accessed.

At that link above there is an address stating where you can write to in order to find out age information but that address no longer exists if it existed at all.

How Much is a New Home Sewing Machine Worth?

According to one expert, the New Home brand and original sewing machines are not sought after the sewing machine. Even the one built into the table is not something collectors are looking for. Of course, antique dealers may think otherwise and place great value on a Gold Medal or original New Home sewing machine.

There were over 7,000,000 New Home sewing machines made during the company’s lifetime. These may not be as rare as one would hope. The rarer the sewing machine the higher the value. The highest-priced one we have seen so far is only $300.

the value will depend on condition, working order, and how many were made and still exist. Yet, $300 is not bad and nothing to sneeze at. Part of the problem is that many collectors just are not interested in New Home sewing machines.

The best thing to do is check with your local antique dealer and see what they say. 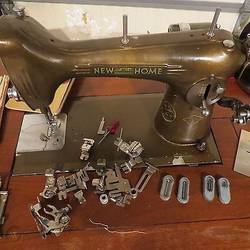 The first places you should check for vintage New Home sewing machine manuals are at your local antique and vintage sewing machine repair shops. They will either have some or put you on to the places that do.

Next, you can try this link but it is not a very good source. There is only 1 there that we saw and it was not done very well. After that, you can go to this link but their selection can be fairly expensive as far as manuals go. Expect to pay in the neighborhood of $25.

Then there are some at this link and their price is more reasonable. A more detailed search may turn up more options.

That is hard to say. The original New Home and the Free/National versions were probably all made from metal parts so their durability should not be questioned. We ran across no complaints about the quality of the machines even when they were made by the latter two companies. 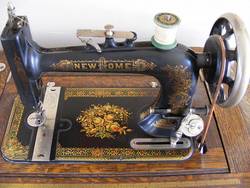 One review that did use the New Home model name held that the New Home 2206 was the best mechanical sewing machine around. The original machines were both high quality and low-quality devices. The Gold Medal model was produced for those people who could not afford a higher quality option.

How they ran is not known but some of these still exist today. The popularity and the enormous sales figures will tell you that the company originally produced good machines that did their job quite well.

How to Thread an old New Home Sewing Machine

Old New Home machines were quite popular in their day. It is sad to see so many good companies go out of business to unfortunate circumstances. If you can get your hands on an original New Home sewing machine and it is in good condition you may have a great machine on your hands.