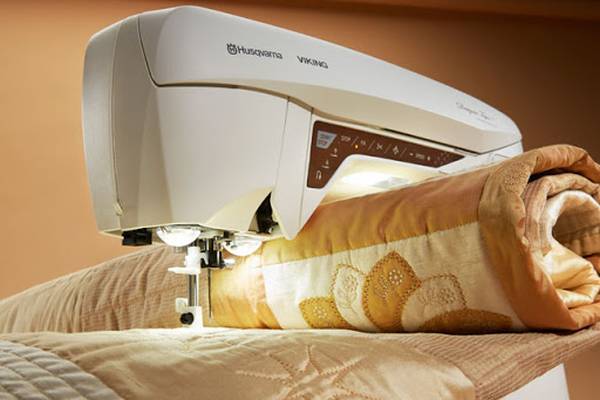 How Old Is My Viking Sewing Machine? (Models, History, Value)

Old age is not the time for the rocking chair. As people age, they tend to slow down and look for a comfortable rocking chair to help pass the time. But not so for sewing machines. These older machines keep looking for ways to continue working and making a positive contribution to the sewing world.

To learn more about Viking sewing machines and their age, just continue to read our article. It is following the facts so you understand how this company grew to such importance in the sewing industry. Take a few minutes and get caught up on this sewing machine manufacturer. 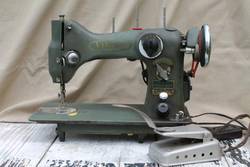 The story starts in Sweden when in the 17th century the King of that country ordered more factories to produce arms for his military. When the latter 19th century rolled around, the orders for arms declined so the company started looking for alternative products to make.

Seeing the rise of the different sewing machine manufacturing plants around the world, Viking decided to switch from making military arsenals to making sewing machines. They still kept their military arm of the company and for 60 +/- years the company went by the name Husqvarna Vapenfabriks or Husqvarna Arms Factory.

One reason for this decision may be that Viking is easier for westerners to pronounce over Husqvarna. On a side note, even the town Husqvarna changed the spelling of its name to Huskvarna but the company remained with the original spelling.

As it stands right now, Viking is part of a large corporation called SVP which includes Singer and Pfaff.

Who Made Viking Sewing Machines? 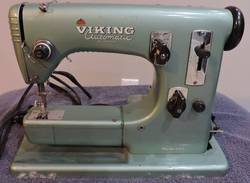 The question should not be in the past tense but in the present tense. Viking sewing machines are still being made and you will usually see the word Viking with the term Husqvarna. According to some experts, the name Viking is for the American market while the name Husqvarna is used in all the other markets.

Then in 2006 Kohlberg & Co. Bought VSM and combined it with Singer, a company that business bought 2 years earlier. Kohlberg & Co. ran VSM for 12 years as the SVP Worldwide corporation until it sold that entity in 2018 to Ares Management.

For the past two years, Ares management has been responsible for all the Husqvarna Viking sewing machines found on the market today. One thing to remember while owners may change, the new owners often keep the company administration intact so that business and manufacturing operations run smoothly.

Where are Viking Sewing Machines Manufactured 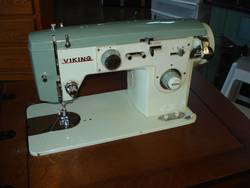 Even though there have been many purchases of the Swedish company there seems to be a design unit of the large corporation that still does it work in that country. The high-end Viking sewing machines may still be made in Sweden but any low-end models may be made in Vietnam or China or Thailand. Bernina does it this way and it is possible that Viking copied that business model.

They are more concerned about the quality and performance of the machine, not its builders.

The oldest Viking sewing machine model was the North Star. It looked great but did not perform as it looked. There were some major issues with it including that it was a very delicate machine. It did not take the company long to upgrade it and make it better for the home sewer.

Future models like the copy of the American Weed sewing machine and the Husqvarna Freja, the model A and other early models all benefited from the expired patents Viking used to help redesign their sewing machines.

The Freja model was in production for almost 40 years but the Gota which started at the same time may not have lasted as long. Both gave way to the Dextra model. The Triumf was another early Viking model which lasted from 1883 to 1931.

Then there was the CB class 15 model that also lasted until the 1930s and the Model 17 was a clone of the Singer 17. Viking produced a lot of vintage sewing machine models and many of them did not survive into the 21st century.

That may be understandable as by the 1950s the company was producing about 100,000 sewing machines each year and those later machines may have overwhelmed the older ones pushing them out of existence as people upgraded.

How Old is my Viking Sewing Machine?

One of the best ways to find the general age of your Viking sewing machine is by the model name. If you own one of the models mentioned in the previous section then you are looking at seeing them made between 1875 and 1930.

That is a broad range but some times it is very difficult to pinpoint the exact year when individual machines were actually manufactured. One of the best ways to get the date of your sewing machine is to contact Viking directly and either register your machine or send them the serial number, model name, and number and see what they can find out in their records.

If you still have the original manual for your Viking then it may give you a clue as to when it was made. If you do not have a Viking sewing machine manual you can try to get one here. It is also possible that Viking placed the date of manufacture in its serial number. But that cannot be confirmed either at this time.

There is one piece of bad news, Viking did not keep a record of their older sewing machine’s serial numbers. Dating of those original models is done by the style of the machine more than anything else. 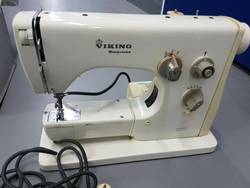 By now you should know where you can look to find an old Viking sewing machine for sale. The first stop you should make is at eBay. They seem to have some available but not always at the right price. Then if you do an internet search you should find independent and small businesses, like antique and sewing machine repair shops, listing their Vikings individually.

Craigslist and other classified ads, whether online or locally, should be another great source to find someone willing to part with their Viking sewing machine. Sometimes you can get a motivated seller and get a great deal.

There are lots of options available that help you secure a good old Viking for use or your collection.

How Much are Old Viking Sewing Machines?

Those are not the antique machines, but more recent models that are still classified as vintage. An antique CB model is selling for about $200 on eBay. You should find that independent antique dealers and vintage sewing machine shops will have different prices on their old Viking sewing machines.

What you pay for one will depend on how much you want to pay for the old machine. Everyone’s idea of the right price is different and try to negotiate a good price that you can live with. The classified ads and Craigslist may bring you a lower price yet as some people just want to clear out these old machines to free up some space in their garage or basement.

Make sure to set your budget so you do not spend too much. A lot of times these owners are negotiable and willing to dicker over the price if you are reasonable.

How to Thread an Old Viking Sewing Machine

The following instructions are for the Viking 19e Vintage sewing machine.

Here is a video to help you get the right spots if some of the above terms are not familiar to you.

While Viking is the same as Husqvarna, that does not mean those machines are inferior. The company still makes some top high-end machines that come with every accessory and feature you would want at a price you may not want to pay. With its rich history, you are buying into a strong tradition that makes solid and quality sewing machines in the 21st century.