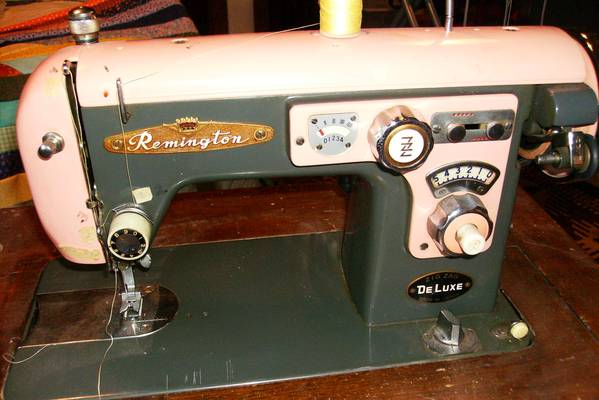 The fun that history brings is in learning about how different people and companies got their start in life and other details. What you learn may be good for winning trivia games but it is still fun to explore the history and see what our ancestors were up to and why they did what they did.

This company got its start from the old Remington G u n manufacturer. To keep their workers employed in times of peace, the company had to diversify and make different products like the sewing machine. They also made razors for many years.

To learn about the old Remington sewing machines and who made them, just continue to read our article. It explores history to bring you the fun that comes with learning. The Old Remingtons are not associated with the Japanese Remingtons.

According to legend the founder of the Remington g u n factory beat out his first rifle barrel on his daddy’s forge in the very early 1800s. The name of the founder was Eliphalet Remington II and by 1828, he had a very solid business going.

By the end of the Civil War in 1865, the demand for arms dropped so the company had to look for other products to make. The sewing machine was the most logical choice as demand was huge at that time.

4 years later, Empire’s name was gone and the company was known as the Remington Sewing Machine Agency. 1874 saw further expansion as the company moved into making typewriters and used the same casting for both the typewriters and their sewing machines.

Because Remington already had a lot of experience mass producing products, they were able to produce their sewing machines and sell them for about $20, way below Singer’s price, who was a close New York neighbor. One treadle machine with cabinet cost $70.

Starting from 1876, after their best production year of 25,000 units made, Remington’s sewing machine wing started to slide and could not keep up with the competition even though their prices were cheaper than their competitors.

Part of the reason may be due to the 1871 Chicago fire that destroyed one of their factories. The company continued to produce sewing machines for another 30 years but most were for export and only a few like the treadle machines were sold domestically.

By 1902 some 75,000 sewing machines were made and Remington closed that division for good. You may see more modern Remingtons on the market today but they were made in Japan by either Brother or Janome and had no association with the Remington company.

Remington Sewing Machine Made In Japan 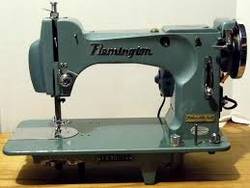 These sewing machines were made by one of two or even both Japanese firms called Brother or Janome. It is not sure exactly which company made them or how many but they went with the Remington name to create an American market.

The era of manufacture was between the early 1950s to sometime in the 1960s and if they went longer than that is is not recorded. These Japanese models, like so many others, were carbon copies of the Singer 15.

These later machines are not as valuable as the old Remingtons but they served a purpose and held their own. After all, they were improved Singer sewing machines and were made from fairly decent parts.

Why did the Japanese pick the Remington name for this sewing machine model? It was a solid American brand name that was well known throughout America and the world. The reputation alone of the old company would propel sales and help the Japanese firms gain a foothold in the American sewing machine market.

This was a common practice during that era. Good Housekeeping and other well-known brand names were used. Most likely the Japanese were hoping to fool Americans into thinking they were buying real American products made by those well-known companies.

For the Japanese version of Remington, we know of about 24 different models that were made in the 1950s and 60s. There is a list of them with images so you can see what they look like at this link.

As you can see they come in different colors and with different features to meet all sewing needs. The old Remingtons are harder to pin down and we know of the Model no. 1, 3, 33, and 83, with the No. 1 a mother of pearl inlay fiddle base.

Most of old Remington sewing machines were either hand crank or treadle models. To know that they are legitimate Remington machines, there is a round badge in the middle of the sewing machine bed. This badge started in 1870 and continued on for many years.

The treadle models were made up until 1896 and the hand cranks were produced until 1902 but those saw foreign soil for the most part. The only trouble is that about 75,000 total sewing machines were made by this company making any surviving to the 21st century fairly valuable. 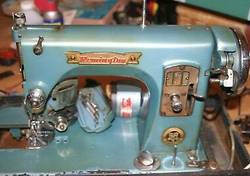 The best place to go to get a look at a complete list of serial numbers may be Remington itself. The company is still in business and they may have stored those serial numbers somewhere safe.

In checking with an antique dealer the best way to find a valuable Remington sewing machine or any other old sewing machine is to make sure the serial number is 5,000 or below. Usually, it has to be made prior to 1870.

Any serial numbers 50,000 and above are considered late and not as desirable even though they were made in the 19th century. But that is not a standard assessment but something to help guide your search or sale of your Remington sewing machine.

Value is a touchy subject. While antique dealers are a good resource to get an idea of the value of your antique Remington sewing machine, sometimes you wonder if they are telling you the straight information or not.

There are those bad apples that try to take advantage of those not in the know and low ball the price so they can make a greater profit. The factors that play a role in determining value are name, age, style, how many were manufactured, and condition.

Now with that said, old Remingtons can either be quite valuable as one is on eBay for $1,500 and was made in 1880. Another 1880 without the cabinet was selling for only $120. The first machine was a treadle model while the second was a hand crank version.

If you are talking about the Japanese versions, do not expect to get anywhere close to the first retail price. These newer machines are worth around $50 to $70 depending on the factors mentioned above.

Remember these recent machines are only clones of the Singer and there were many clones made. That fact alone lowers their value even though they may still sew today. We did not see any listed on eBay at this time. 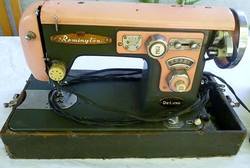 One place to look is eBay and they only had 2 listed there right now. Or you can make the rounds of the antique shops and see what they have in stock. Remington was an American company so many models may be found in American antique shops.

Since quite a few were exported you can check the different vintage shops in other countries to see if there are any in good shape on sale. Next, you can go to Craigslist or classified ads, both print and online.

You never know where you will find one for sale until you start looking. Even family, friends, and friends of family and friends may have one they want to get rid of. Finally, you can always put out a wanted ad and see what attention it attracts.

There are numerous ways to find an Old Remington for sale. The newer ones will be a lot easier to find as fewer people seem to want them.

Nothing showed up at eBay and this may be an indication that you will have to visit old vintage sewing machine repair shops and sew what they have in stock. Antique shops may be another place to look as they may have old ones that they cannot get to work even though the parts are okay.

As we mentioned earlier, there were only about 75,000 made in total and many of those were shipped overseas. Finding parts today means you may have been born under a horseshoe, with a 4 leaf clover in your hand. Finding manuals for old Remingtons is not going to be easy. With so few made, it is highly unlikely that many have survived the years in between their manufacture and now.

Our go-to manual sources do not have any listed, even for the Japanese versions but those may be listed under Brother instead of Remington. One more manual that we did find, other than the one listed above, is for a more recent Remington sewing machine and you can buy it at this link.

It is best if you do a private search going to repair shops, vintage sewing machine dealers, and antique shops to see if any have survived the past 120-140 years.

How to Thread a Remington Sewing Machine

With the sparseness of manuals, we could not find one that allowed us free access to the how-to thread page. We have never used a Remington, either old or recent, so we do not have first-hand knowledge of how to thread those machines.

For the Japanese models, the best thing to do is find instructions for a Singer 15 and see if they work. That was the sewing machine the Remingtons were cloned from and so they would have similar threading instructions.

In looking at pictures of the old No. 3 the threading looks straight forward. Take the thread from the spool after placing the latter on its pin. Then go to the first thread guide at the top front of the machine.

Next, go around the tension disk and then on to the lower thread guide before entering the needle. That is the best we can do by looking at old photos.

History has a way of letting you know you do not have all the information you think you have. In the case of Remington history tells us it was more than just a r i f l e and hand g u n maker.

They seemed to have made interesting sewing machines for a brief time.