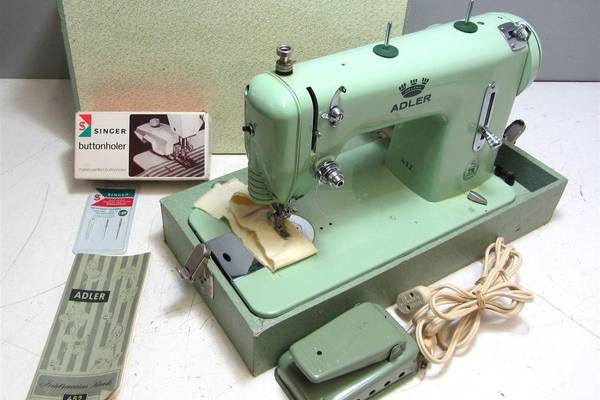 The start of this company was in 1860 and it may have been originally known as Koch Adler as there is no Adler founder mentioned in the histories of this company. There is a Koch and he started making his own machines under the Koch & Co. name. 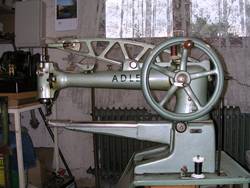 The history of this company is intermingled with the final company it merged with in 1990. hat merger brought the Koch Adler and the Durkoppwerke together. Both companies started making sewing machines in the mid 19th century but they also made cars, motorcycles, and ball bearings.

Koch and Baer started the first sewing machine factory in Bielefeld Germany together but it was 5 years later when Baer left to open his own factory. Durkopp and Schmidt became a partnership in 1867 abut was more innovative and was always looking for new products to manufacture.

Adler was the brand name for Koch made sewing machines. It changed its name before 1920 and was known as Kochs Adler Nähmaschinenwerke AG and in 1920 this company stopped making bicycles. The reason for that was its sewing machines were developing a great international reputation.

The Kochs Adler Nähmaschinenwerke AG company dropped household sewing machine production in the 1960s and Dürkoppwerke AG did the same later in that decade. In 1962 FAG Kugelfischer bought out Dürkoppwerke AG and 25 years later the same company bought the Koch firm merging the two into Dürkopp Adler AG.

In 2005 Chinese SGSB Group Co., Ltd., Shanghai (SGSB Group) became the majority shareholder in that new company but not for long as it sold 29% to Zoje Europe GmbH, subsidiary of the Chinese Zoje Sewing Machine Co. Ltd in 2012.

The company’s focus remains more on industrial sewing machines than household ones.

As stated in the history of this company there really has never been an Adler sewing machine company. It was a brand name only for the founder Mr. Koch and the name Adler was only added many years later after the brand became fairly popular.

While the Koch name doesn't live on, Adler still remains in existence as Pfaff has now joined the Durkopp Adler AG and became the DAP America company. The brand name was of more value than the founder’s name so that may be the reason why the Koch name was dropped from the title of the company.

All of the DAP companies focus on making industrial machines only. They have a Dap Russia, a DAP Poland, a DAP Ital, Vietnam, and France. There is not a household sewing machine to be made in any of those companies unless some exceptions have been made.

Where are Adler Sewing Machines Made?

As far as we can tell Adler sewing machines are made n China. We were able to find that the leather sewing machine is made in that company and since the controlling shareholders are from China then it stands to reason that the majority of manufacturing takes place there as well.

To see all of the different models made in China you can simply click on this location. That website is a list of all products made in China and the Adler list is fairly long. While there are DAP facilities in a few non-Chinese companies it seems those facilities do not produce a lot of sewing machines for the fashion or fabric industry.

If there are models made outside of China they are not listed on the company’s website. The industrial machines produced by this company do not seem to be inferior in quality and seem to enjoy a very good reputation.

We have found no complaints about the company so far. That means they are making a top product that works well for the industrial part of the sewing industry.

Adler makes quite a few different models even though its business is limited to industrial quality machines only. You have lock stitch, chain stitch, and apparel models as well as a variety of other sewing machines that cover different aspects of the industrial sewing trade.

One place to get a look at all the different models is at this link. There is a drop-down menu and you can select the product number you want to investigate quite easily. On that page, you will also see different categories holding more models produced by this company.

If you want to see individual models for a specific purpose, you can click on this location and go through each one individually. Just scroll down to find the one that would interest you and meet your needs.

The company just makes too many different sewing machines to effectively list here. Their machines cover almost every aspect of life where a sewing machine is needed to speed the workup and get the job done right. 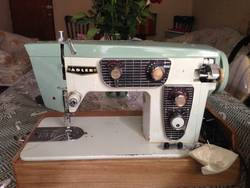 Industrial sewing machines cost more and seem to hold their value. We have seen one machine, possibly not an Adler, sell used for over $2000. Now they are quite expensive and we saw one priced for about $7900.

The Polish arm of the company does not list the price of its Adler sewing machines. When that happens you know they are asking a lot for their products. If you look on eBay you may find some household machines for sale but their value is not that great.

$140 with carrying case was the most expensive one we saw at that site. The cheapest was around $40. That means the early Adler sewing machines for the home sewer is not going to be that valuable.

They may be good machines so unless you need the money you better hold onto them especially when they are in good working order. When you buy through the internet do not forget to factor in shipping costs. That will make the machine a little more expensive but not more valuable.

The good news is that spare parts are still available for a majority of their machines.

Since the war sewing machine companies have been a lot more consistent when it comes to placing serial numbers on their products. If you contact the company you will need to have your serial number handy and give it to the person you are talking to.

It seems you can only call or e-mail the company to get service help. The link for their number in Germany is here. Their contact form is at this link. The company should have a list of serial numbers if you cannot read yours. Make sure to have a model number and a date in which you bought it to help narrow down the search.

How to Thread Adler Sewing Machine

Sometimes it is difficult to follow printed instructions when it comes to threading an industrial machine. That is why a picture or video is much better. You can stop and start the video to make sure you are getting the task set up right.

This link gives you a video on threading the Adler 205 sewing machine. Then YouTube has several videos available you can watch and make sure you do not miss out on any key instruction.

This link gives you one demonstration of an old Adler sewing machine and this one shows you how to thread vintage Adler machine. Threading sewing machines is pretty straightforward and there are some similarities between different machines.

On the more up to date models, you have to be careful as sensors may be included and will stop the machine if you did not thread it correctly. Then if you need the printed word, go to your owner’s manual.

Those booklets should have the exact instructions for your Adler model.

Fortunately, all the company mergers and change shave not made manuals in short supply. You should be able to find one with a little search on your computer. To get you started we will place a few links here.

Finally, you can check this website out. It has several categories to choose from so you may stand a good chance of finding what you are looking for. We cannot promise that these options will give you a manual for free but they are usually reasonably priced.

It is possible that if you use the contact page at the website for DAP that they can help you find the manual that you need. Here is the link to that web page. Going to the source is always the best way to get a lea don where to find a manual or the manual itself.

Where to Buy an Adler Sewing Machine 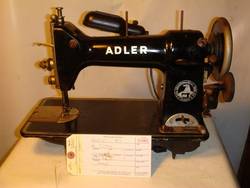 It is possible to contact the company and ask them for a dealer near you. They will have a list of dealers in your country so that would be the easiest place to start. Then you can ask local retailers who specialize in industrial machines and see if they carry those models.

If they don’t they should have a good idea where you can pick one up. For old household, Adler machines start with your local antique shops and ask there. Like industrial dealers, if they do not have one they may know of where you can find one.

Plus while you are at it you can see if they can ballpark a value for you. That way you don't overpay at your next stop. eBay is a good place to look for vintage Adler sewing machines as is Craigslist and classified ad newspapers.

Gems are found in the unlikeliest places and those finds do not exclude sewing machines. Then you can always ask co-workers, friends, relatives to see if they know where you can purchase one of those machines. The list is endless.

Also, you still have a good chance of getting the right parts for your machines without too much trouble. That should make owning one a lot easier. With the many different models made by this company, you can find one that meets your needs and allows you to expand your business.

The history and the experience are there to help you do better.