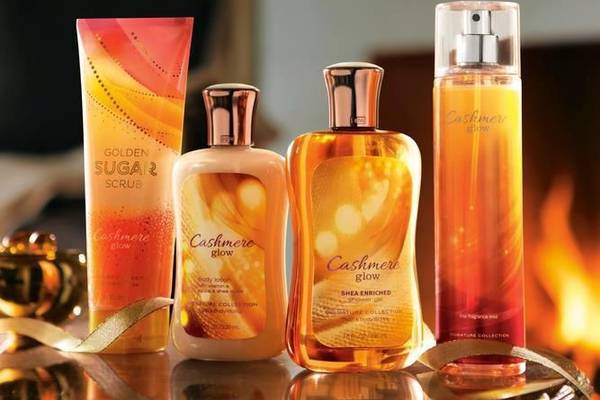 Does cashmere have a smell? Everything has a smell of some variety, and not everyone will always find that smell particularly pleasant. Cashmere may be one of the most luxurious fabrics on earth, but it’s also wool. And wool has a smell. Some people love it. Some people hate it. But there’s no getting away from it either way. So yes, cashmere smells.

Of what, you’ll need to stay tuned to find out.

In the fragrance world, the word ‘cashmere’ is often used to denote scents that combine rich, warm tones with a soft, powdery base. But that’s really more to do with how cashmere feels, rather than how it smells.

Don’t dig your nose into a cashmere sweater and expect to be hit with a gentle, sensual fragrance. Most people find the smell of cashmere perfectly acceptable, but there’s no getting around the fact that cashmere, for all its luxury, its expense, and its sumptuousness, comes from goats. A cashmere sweater won’t smell of goat, thank goodness, but it isn’t going to smell of roses either. What it will smell of is wool… and as we’ll see shortly, what that means is really a matter of opinion.

On the plus side, cashmere won’t pick up any nasty smells as it’s being worn. Some garments suck up sweat and body odor like there’s no tomorrow, and smell about as fresh as a tombstone by the end of the day. Cashmere, on the other hand, helps regulate body temperature thanks to its superb breathability. It’s also naturally antibacterial, meaning no matter how sweaty and smelly you get, your cashmere won’t do the same.

How cashmere smells really depends on the nose doing the sniffing. For some people, it’s a vague, natural, earthen smell that’s barely perceptible but perfectly pleasant none-the-less. To others with a particularly sensitive nose and a slightly queasy stomach, wools like cashmere have a slightly dirty, oily, ‘wet animal’ type of smell that, as you can imagine, isn’t the most desirable.

For most of us, however, the smell of wool (and by extension, cashmere) is so slight and so ‘natural’, it barely figures into the equation. Unless it gets wet, of course, at which point it becomes something else entirely….

Why Does Cashmere Smell? 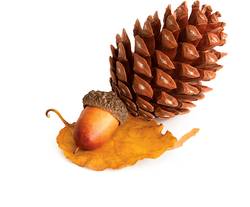 Cashmere is made from wool, an animal-based material that, unlike fabrics made from plants (cotton, hemp, etc.), will always carry a slight whiff of the ‘natural’ world about it.

But that might not be the only reason your cashmere garment has a certain smell. If you’ve noticed your favorite cashmere sweater has a musty or strangely chemical scent, it could be that you’re storing it in too airless an environment… or that those chemical moth-repellents are a little too close for comfort.

Does Cashmere Smell When Wet?

Cashmere might be a super-expensive, super luxurious type of wool, but it’s still wool. And what’s the one thing all types of wool have in common? They’re all hygroscopic … or, to put it simply, they all suck up moisture from the air. And what does that moisture do? Transform a perfectly pleasant-smelling garment into something that smells like a wet animal, that’s what.

Some people don’t actually mind that ‘wet animal’ smell. If you own pets yourself, there might even be something a little bit comforting about it. But let’s be honest, it’s not something that most people take kindly too… especially if that smell continues to hang around long after the garment has dried.

Fortunately, there are a few ways you can tackle the problem and make your cashmere smell as sweet as it looks. Which brings us nicely around to our next section….

How To Make Cashmere Smell Good

To most people, cashmere smells fine as it is, requiring no special treatment to make it any the sweeter. But cashmere, like all fabrics, can pick up scents from outside influences that have an altogether more unpleasant pong.

Manufacturers will sometimes treat garments with formaldehyde, fumigants, and anti-mildew chemicals to reduce wrinkling and improve resistance to mold or moths – good in theory, but not quite so great when you can still smell the chemicals several months later.

Cigarette smoke, perfumes, deodorants, campfire smoke, and pollution can also leave their mark, and rarely in quite the way you’d like.

If the smell of your cashmere is starting to turn your stomach, freshen it up with this easy method.

The Air and Sun Method

Most of the time, the only thing cashmere needs to smell a little fresher is a good old fashioned airing… and just a dash of baking soda and vinegar to help things along.

Tip: If you’d rather machine-wash the garment, simply follow the same steps as above, but add the baking soda to the machine at the beginning of the wash cycle, and the vinegar mid-way through the rinse cycle.

5 Types of Mesh Fabric (How to Sew Netting Fabric)