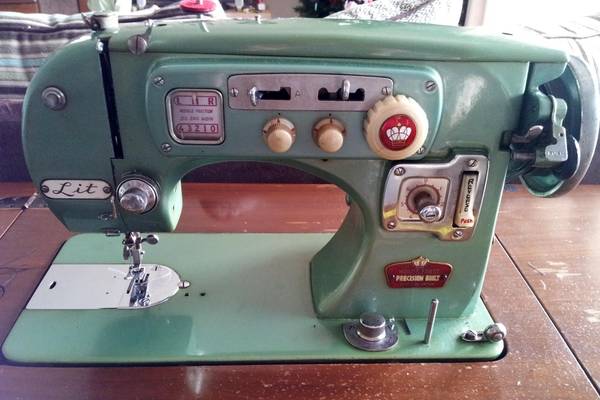 Who Made Arrow Sewing Machines? (Company and History)

Have you heard of the statement your guess is as good as mine? That is because, for the many vintage sewing machines out there, it is anyone’s guess as to who made and what kind of history the maker had. You may come across a badged sewing machine from the early 50s and find nothing about it.

Who made Arrow sewing machines? It is quite possible that this machine was made by one of the many Japanese firms that started cloning the American sewing machine after the war. These machines had all sorts of different English words placed on them and Arrow may be one of those.

To find out if the Arrow sewing machine company is a real company or not, just keep reading our article. The article does its best to dig up any and all information it can but history is not always kind.

Who Made Arrow Sewing Machines

It is possible that the Arrow sewing machine was a clone of the Singer 15 or other Singer models that the Japanese used to make their sewing machines. But with the lack of records and lack of even an online mention of its history, we cannot come to any decisive conclusion about who made this sewing machine. 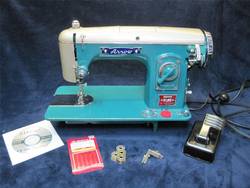 This company was started in 1943 and has its headquarters in Delavan Wisconsin and it seems to have partnerships with about 7 different companies in 7 different countries in the world.

That company’s focus is on sewing machine furniture only. They do cabinets, chairs, and other sewing furniture items that help make your sewing much more enjoyable. You can read their story at this link.

As for any actual Arrow sewing machine company, history has not been kind to it if it actually existed. The closest we can come to finding a company is that one Arrow sewing machine was called the Toyota arrow but that may not have been the company that manufactured them

Just so you know the exact same machine sold in Australia under the Brand name Pinnock. This is the trouble of trying to track down sewing machine companies that supposedly made vintage sewing machines n the 50s and 60s. They do not exist. 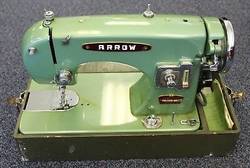 This we can do as out of our go-to sewing machine manual websites, we found one that had a few of them on hand. The company sells them for about 5 British pounds and there are 5 manuals available at the time of this writing.

Just click here to find that website. We looked at different places that usually are very good for having sewing machine manuals for sale and Arrow was not even present in their inventory.

Since it was the Singer 15 & 99 models that were originally cloned by Japanese companies, we suggest you try the Singer website to see if you can get manuals for those sewing machines.

It is worth a shot and there are plenty of places on the internet that still carry Singer sewing machine manuals so if the company doesn’t have them maybe someone else will.

How to Thread an old Arrow Sewing Machine

Our search for instructions on how to thread an old Arrow sewing machine was not successful. But here are some threading instructions for the Singer 15 just in case your Arrow is a clone of that model.

If your Arrow sewing machine is a clone of the Singer 15 and 99 then parts should be easy to come by as the parts for the Singer work on the Arrow clone. The Japanese didn’t change many parts. They just improved on the quality of the Singer 15 & 99 and made them quieter.

As much as we would like, there is not a lot of information about Arrow sewing machines. It is one of the many silent sewing machines that had a Japanese maker who slapped any old word on its tag so it would sell to a western audience.

The good news is that there are still some old Arrow sewing machine manuals around to help you fix or thread one. It is good to know you can still get parts for this machine even though its maker is anonymous.