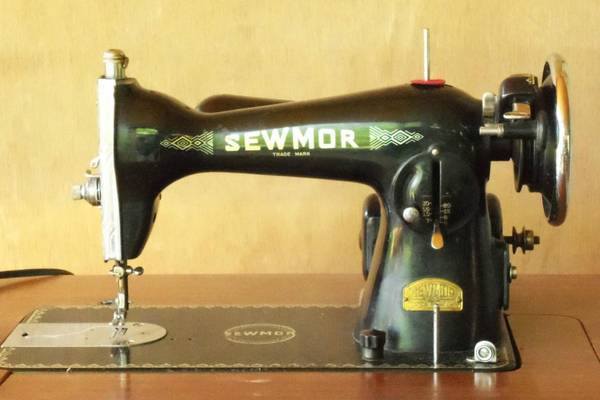 Who Made Sewmor Sewing Machines? (Value, Models, and Parts)

Old sewing machines never die. They just get rebadged and shipped to whoever wants one. The fact that old sewing machines were built with parts that lasted a long time it is understandable why so many people would want them. They do not break down.

Who made the Sewmor sewing machine? This sewing machine was first made in Japan during the post-war years. The Japanese firm that made these machines put the Consolidated Sewing Machine Corporation name on the badges. It is said that the 900 series models were made in Belgium but there is no firm on that as of yet.

To find out all you need to know about this sewing machine just continue to read our article. It is filled with the history, facts, and value of those old sewing machines. Their recent popularity rise seems to be because of their aesthetic similarities to American automobiles of the same time period. 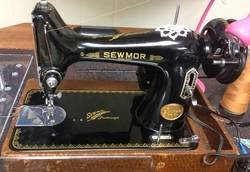 There seems to have been a few models of this sewing machine. There was the 202, the 250, 606, and the 900 series but there is a cloud over the history of this machine. It seems that many of the Sewmor sewing machines were exact duplicates of Necchi sewing machines and the latter company sued in an American court to have the practice stopped.

There also may be some copying of some of the Singer models but it is hard to determine at this time. Consolidated seemed to only receive a shipment from its supplier for 5 months, between the months of January 10, 1951, and June 21, 1951.

Barclay was the importer and Consolidated had an exclusive contract to market the Sewmor sewing machines. You can read all about the legal issues Barclay’s, Consolidated and Sewmore had back in the early 1950s at this link.

Basically, it seems like almost all Sewmor models were made in Japan including the 990. The 505 model seemed to have a long lifespan as it has been passed down from one generation to the next. 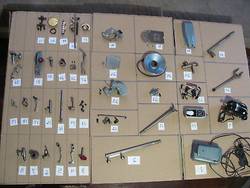 You can check out their website at this link and see if they have or can find parts for the Sewmor machine. Your next best bet to find parts is to ask your local sewing machine repair shop. They handle a variety of machines and may have some lying around they would love to part with.

Then there is always eBay. It has machines for sale that can be used as a source for parts. Their cost may not be too high and get you the right part quickly. If you still have [problem, here is a link to a person selling a model 404.

He may have parts or leads for you to get those parts you are missing. A good internet search should turn up even more good opportunities to find those Sewmore sewing machine parts. 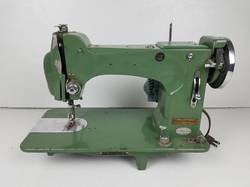 This may not be as tough a job as one would think. There are several places advertising old manuals for Sewmore sewing machine models. This link takes you to the manual for the 606 model.

If you have the time you can search that website to see if they have more Sewmor owner’s manuals available. Then if you click on this link, you will find 2 more manuals that are for sale.

Those manuals are for the 202 and the 754 sewing machines. Send him a request if your Sewmore machine is not listed and he may be able to track one down for you. Then there is this link.

It seems to have lots of hyperlinks to leads you can use to track down a manual for your specific Sewmor sewing machine. If you are still stumped, there are lots of sewing machine discussion forums that may have experienced sewers who either have or know where a manual can be found.

When you are looking for vintage materials and parts, it will take some investigative work to find what you need. 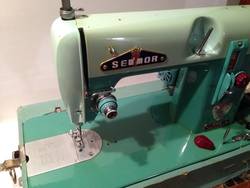 This is going to depend on who owns the sewing machine. The link to the 404 Sewmore model is asking $155 for the one he or she owns. That sale may be finished by now but it helps establish the value of the machine.

The problem you are going to run into is the legal cloud that has hung over Sewmor machines for about 70 years. They were knock offs not original sewing machines with unique functions or features.

What undercuts the high prices mentioned above is that eBay also has Sewmore sewing machines for less than $100. One thing to keep in mind is that the low-value doesn't indicate that the machines were or are of inferior quality. They may still work like a charm and do the jobs you need to be done to your satisfaction.

Who Made Sewmor Sewing Machine? 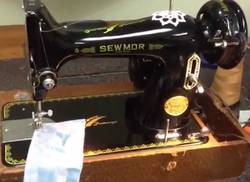 You may have heard the Barcley and Consolidated sewing machine company name but they were not the original makers of the Sewmore sewing machines. The former company was the importer and the latter one was the retailer.

The original maker of the Sewmore sewing machines was Sanshin Sewing Machine Co., Ltd. We know this even though Japanese records at that time were not so good because that company’s name was placed on the lawsuit filed against Barcley’s by Necchi sewing machine company. That legal document is linked to above.

It seems that the owner of Barcley’s was an importer for Nechhi at the time and he was accused of using that sewing machine as a clone for the Sewmor brand. There were also violations of Japanese export laws involved and Barcley’s was banned from receiving more Sewmor sewing machines from that Japanese company.

The Sewmor sewing machine was made of low carbon steel and the quality of workmanship kept its selling price low. It sold for just over $100 at the time.

How to Thread a Sewmor Sewing Machine 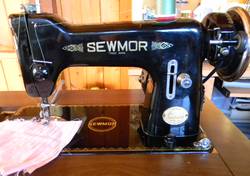 Also, here is the link to the manual for the 606 Sewmore sewing machine. It is in PDF format and it is free. It takes a little while to download if you do not have a strong signal. 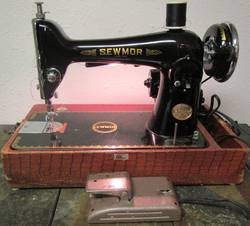 You may think that the Sewmor sewing machine is old and out of production. But in doing research for this article we came across the website for a sewing machine company out of India called Sewmore.

This company started up in 2017 and seems to be run by a man named S. Manmohan Singh. They do not seem to make a lot of models, we have been able to find these on their website- Tailor Model, Link Model, Super Deluxe Model, or industrial sewing machines like 95 T10 or TA-1 (103-K).

Its headquarters and manufacturing plant are located in Ludhian, Punjab and their website location is at this link. Explore their web pages and see if this new company upholds the name of the old Sewmore sewing machines.

Old sewing machines never die. They either continue on for decades or someone somewhere finds the money and the time to resurrect the old name and start making new sewing machines.

The vintage Sewmor sewing machines have a cloud over their heads as they seem to be copies of top brand sewing machines. The jury is still out on this new manufacturer using the old Sewmor brand name.